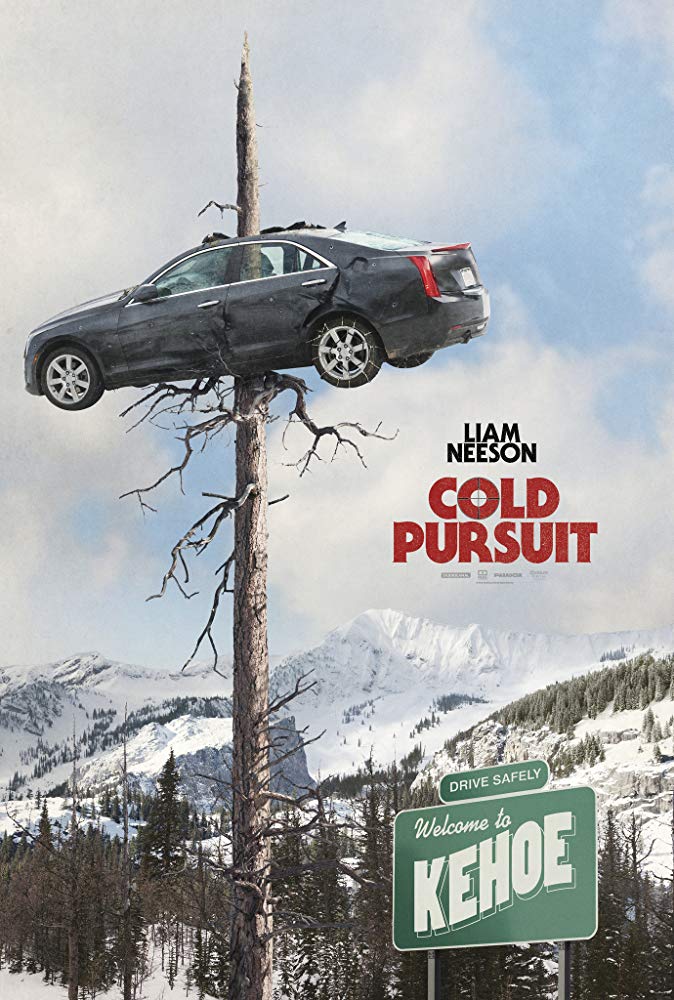 Plot: Family man and snowplow driver Nels is the secret weapon of a glitzy resort town - the man who keeps the streets cleared and the tourists happy. Living in a cabin away from town, Nels finds his quiet life taking a drastic turn when his son is killed by drug dealers. Now he is a man with vengeance on his mind, putting his hunting skills to good use systematically picking off his enemies. But his actions ignite a war between two factions and, caught in the middle, Nels draws ever closer to a final, violent conclusion. -- Chris Kavan

This was a pleasant surprise. 15 minutes in and I was like "an action film with a Taken vibe". Then suddenly i sensed this comedic layer of the film that was awkward and a bit bland. But humor was consistent, enough for its direction to be really really interesting. Also, the use of title cards as plot device was really awesome. A character dies in like every 10 minutes and this kind of rhythm was sustained until ***SPOILER ALERT*** the cross fire in the end. A classic revenge-mistaken identity-lead-to-series-of-killings type of movie but with a smooth and subtle comedic punchlines in every scene.

It never hits the highs of "Fargo," but "Cold Pursuit" is wicked funny and brutal.

Offbeat crime drama featuring one of Neeson's better performances in a while.

Revenge Is a Dish Best Served Cold and Darkly Fun

Liam Neeson has said that Cold Pursuit would be his last action movie. I don't see how that's possible when you can have as much fun as he has - whether in Taken or The Grey or Non-Stop or, yes, Cold Pursuit. This is a film that revels in its absurdity but doesn't shy away from violence. I mean, the main character is named Coxman, and yes, that name is the butt of jokes as the movie goes on.

Neeson is a humble snow plow driver, Nels Coxman, for a Denver resort city who has just been named "Citizen of the Year" for essentially keeping the roads clear and helping people in various ways. He's more the quiet type, so his speech is short but his wife Grace (Laura Dern in too small of a part) just wants him to be happy. That happiness is short-lived, however, when their son Kyle (MicheÃ¡l …

No posts have been made on this movie yet. Be the first to start talking about Cold Pursuit!