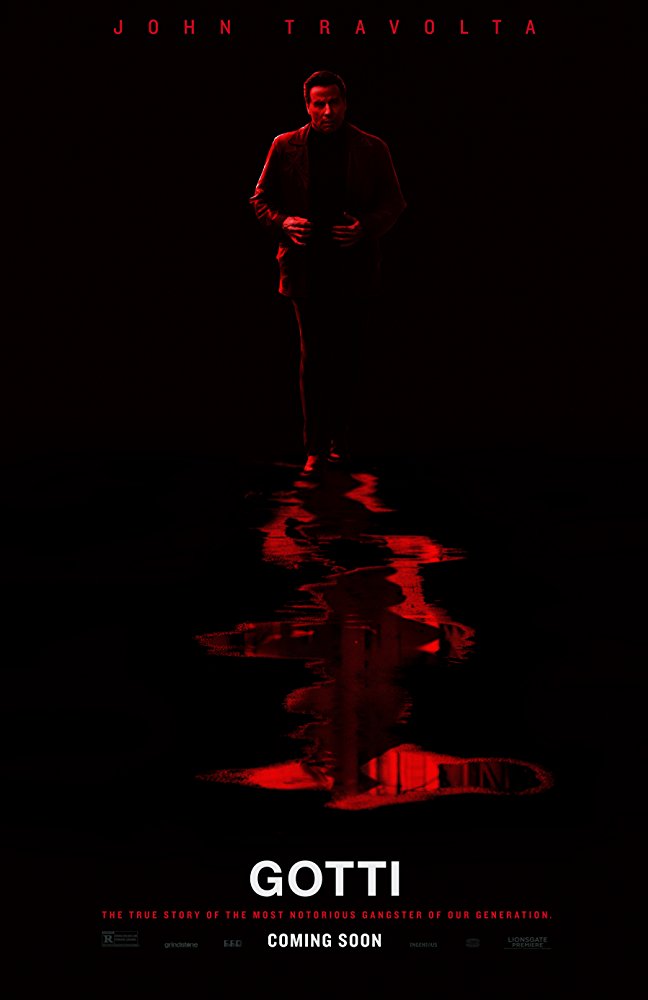 Plot: An inside look into the Gotti family - including the Dapper Don John Gotti, outspoken and flamboyant, who became the face of the mob in the 21st Century. It explores the relationship between him and his son, John Gotti Jr. who, despite being inducted into the family business, spent the years following his father's death going legitimate and clearing his family's name. -- Chris Kavan

And other Italian stereotypes.

In all seriousness, this wasn't a complete disaster as people described it, but man it's still really bad. Like the killings scenes and Travolta performance was pretty good in some parts, and that's the only positives.

The make-up looked really fake and can Pitbull stop making songs for movies, especially when it doesn't fit the overall movie. I also like the part when they used stock footage of fireworks for whatever reason. The directing is flat and not dynamic at all.

I had a fun experience watching this intoxicated with me laughing at everything through there was nothing funny about it. I can't say my experience will be the same for people both drunk or sober.

No posts have been made on this movie yet. Be the first to start talking about Gotti!