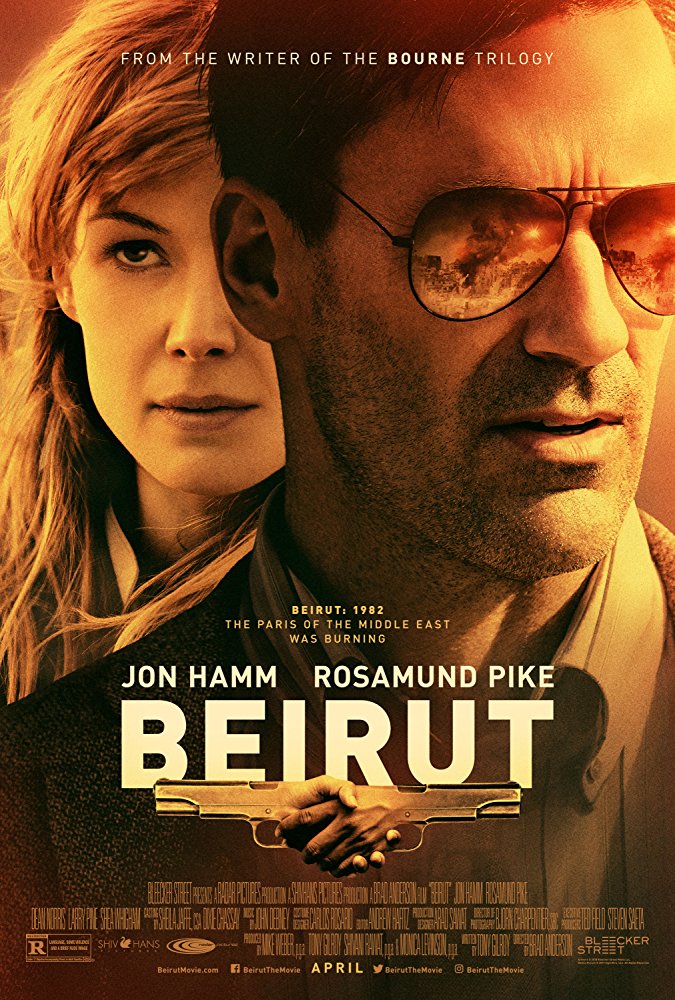 Plot: In 1972, a U.S. diplomat flees Lebanon following a tragic accident at his home. Ten years later, as Beirut finds itself in the midst of a war, a CIA operative calls him back in order to negotiate for the life of a friend, one he left behind ten years before. -- Chris Kavan

"Beirut" is tense enough and interesting enough to make up for its lack of an in-depth look at the conflict its based around.

No posts have been made on this movie yet. Be the first to start talking about Beirut!