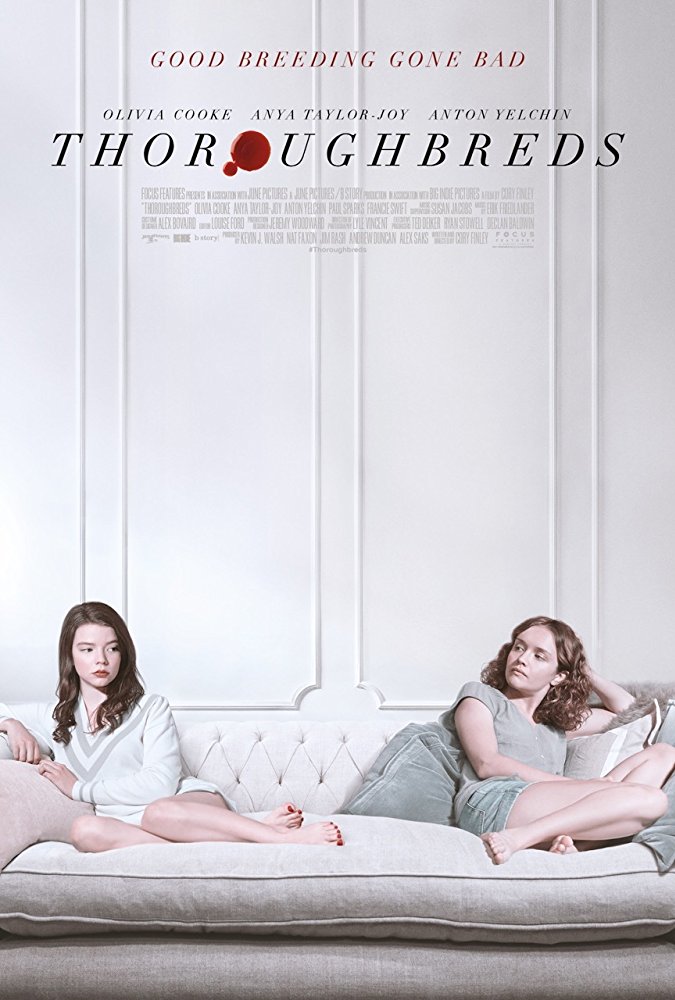 Plot: A pair of upper-class teenage girls rekindle a friendship that had grown apart years earlier. But the circumstances that bring them together involve their mutual disdain for their parents... and way to get rid of this problem by any means necessary. -- Chris Kavan

I wasn't always on the same wavelength as this teen dark-comedy, but when I happened to fall in sync with it, "Thoroghbreds" proved effective.

As much as I love all of the performers involved -- including Olivia Cooke and Anya Taylor-Joy and the late Anton Yelchin, who all deliver commendable work here -- Thoroughbreds left me rather underwhelmed. I always appreciate a dark comedy, but I found this film to be painfully one-note and rather uninteresting.

Eerie and unsettling teen thriller yet also having a strange quirky sense of humor. Olivia Cooke and Anya Taylor-Joy are both good as the estranged friends that reaffirm their relationship through a shared apathy and disconnect from their families. It's weird seeing Anton Yelchin in this, knowing that he had died back in 2016.

Never thought I would be awed by a conversation.

First it was borderline personality, then severe depression,
yesterday, she said it was antisocial with schizoid tendency.
Sheâs basically just flipping to random pages of the DSM-5and throwing medications at me.
But I have a perfectly healthy brain.
It just doesnât contain feelings.

There are films that arenât much of a story and still leave a certain impression. The same applies to âThoroughbredsâ where two teenage girls, each with a specific personality disorder, come up with a plan to kill someone. The two havenât seen each other for a long time. An eternity in which much has changed. One grew up in a rich family while the other knew a past in which the killing of her own horse played an important role. But despite the contradictions, the old friendship bond is …

No posts have been made on this movie yet. Be the first to start talking about Thoroughbreds!