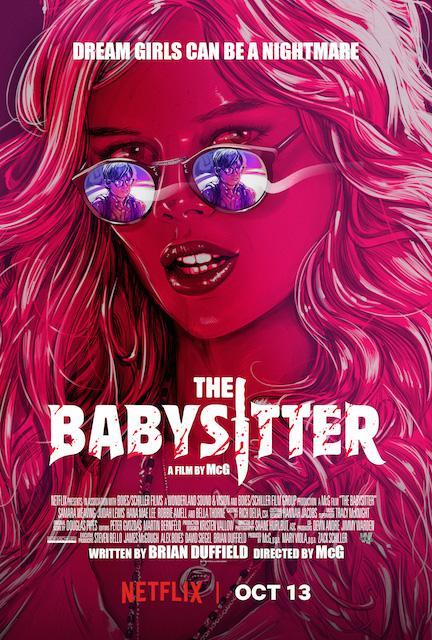 Plot: Cole, a bullied, sheltered boy is once again left with a babysitter when his parents leave for the weekend. The awesome Bee seems to be the only person who gets him, even though she seems to be everything he's not. But staying up past he bedtime to find out really goes on reveals a lot more than drinking and partying - like human sacrifice, and when he realizes he's next on the list he must use his wits and find his courage, in order to survive the night. -- Chris Kavan

A lot of fun, plus nerd power. If you don't want to take your horror too seriously, this is a nice addition with Judah Lewis and Samara Weaving both turning in good performances and most of the supporting cast turning in inventive death scenes. Sure there are plenty of tropes involved, but if you're looking for a safe Halloween movie for teens (and adults too) this is it.

No posts have been made on this movie yet. Be the first to start talking about The Babysitter!