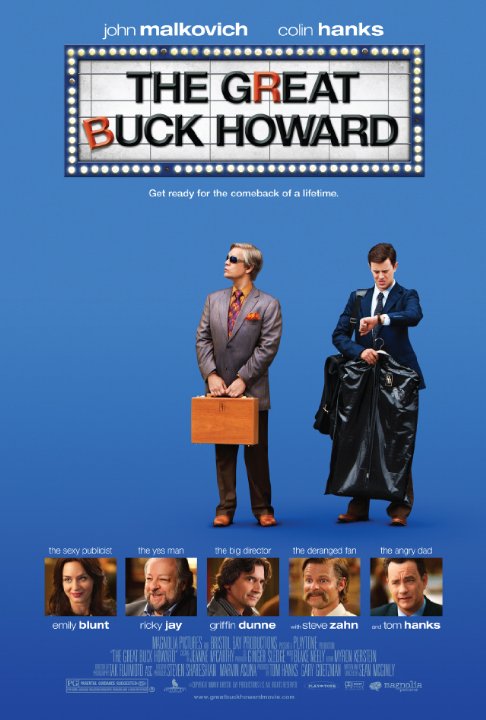 Plot: A young, law-school dropout answers an ad to become an assistant and finds himself at the whim of a failing magician trying to stage the comeback of a lifetime.

The Great Buck Howard.......Was GREAT!!!! I enjoyed every minute of it & John Malkovich was 1 of a kind as The Great Buck Howard.I liked the ending & I kinda didn't.In some ways I wish Troy would've stayed & in some ways, I'm glad he moved on with his life.Most of all, I'm just happy Buck kept doing what he loved

I liked this film partially due to its overly strangeness of one of the main characters. That character Buck Howard is great and fun to follow his exploits throughout the film. The parts I did not like involved the character played by Colin Hanks he was not interesting like Buck Howard and his relationship with the biggest female character is rather forced, and that character I felt was just annoying and rather a jerk. But I would watch because the scenes with Buck Howard are great and luckily he is in most of the film.

Although it is quite better than I might have imagined, it also drags towards the end. Colin Hanks is not the most charming actor, but from all those who have benefited from nepotism in Hollywood, he is not the worst.

John Malkovich was mainly good. However, sometimes when he was chewing Colin Hanks out, I wish he would have made me tremble out of fear a bit more. While it is not as unmissable as the guys from At the Movies would have you believe, I still had a great time, and made the guy next to me uncomfortable from laughing so much.

No posts have been made on this movie yet. Be the first to start talking about The Great Buck Howard!