The House with a Clock in its Walls Movie Information 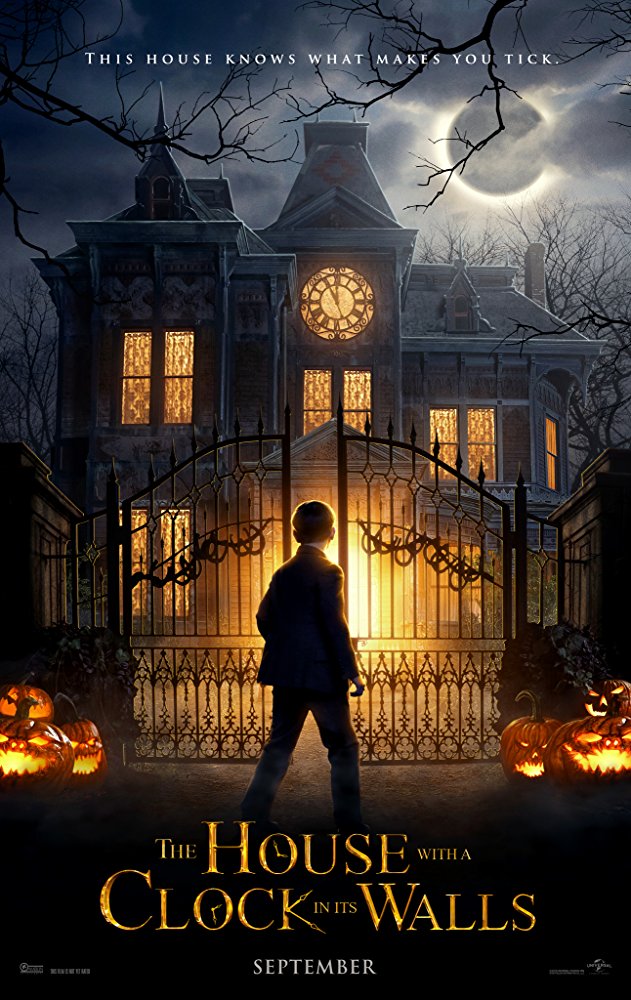 Plot: After the death of his parents, the young Lewis Barnavelt is sent to live with his uncle in Michigan. But he soon finds this new life will be anything but boring when he discovers his uncle is also a powerful warlock. Introduces to the world of sorcery and magic, it seems life has finally given him a winning hand. That is, until, he learns his uncle's home is holds a powerful dark artifact - a clock counting down to the end of the world. The dark warlock, Isaac Izard, built it before his own death - and now his widow, Selena seeks it out to complete her husband's dark work. -- Chris Kavan

Jack Black makes everything better and while The House with a Clock in Its Walls could use a bit more magic - it's a fun film for the whole family... which is really weird to say because it's directed by the maestro of gory horror Eli Roth. Cate Blanchett also makes a fine addition and this horror-lite offering is mainly spooky fun.

Although its easily the most watchable film to ever come from Eli Roth, "The House With a Clock in Its Walls" is an empty child's fantasy with not nearly enough wonder.

Eli Roth's family-friendly Amblin production (!) has its pleasures and spooky delights. While The House with a Clock in its Walls may not be the most consistent piece of work, it's a film that looks great, features a fun cast of characters and offers up entertaining thrills that's certain to haunt little ones and not bore older ones.

Half fantasy. Half horror.

You can eat cookies till you throw up, for all I care.
Youâll seeâ¦ things areâ¦quite different here.

Have you seen âGoosebumpsâ where Jack Black plays the leading role as well? Well, you can expect almost the same thing. A kids-sized horror film. And I had the same feelings about it after a certain amount of time. Namely that itâs all a little bit over the top. Probably it wasnât the intention to make it too scary. It should all be about magic and mystery. And it sure was the first half. I admit I have a weak spot for such type of movies. âThe House with a clock in its wallsâ reminded me of the wonderful âHarry Potterâ movies. Here too itâs about an orphan boy who ends up in a foster family and apparently has magic powers in his DNA. Lewis (Owen Vaccaro) …

No posts have been made on this movie yet. Be the first to start talking about The House with a Clock in its Walls!