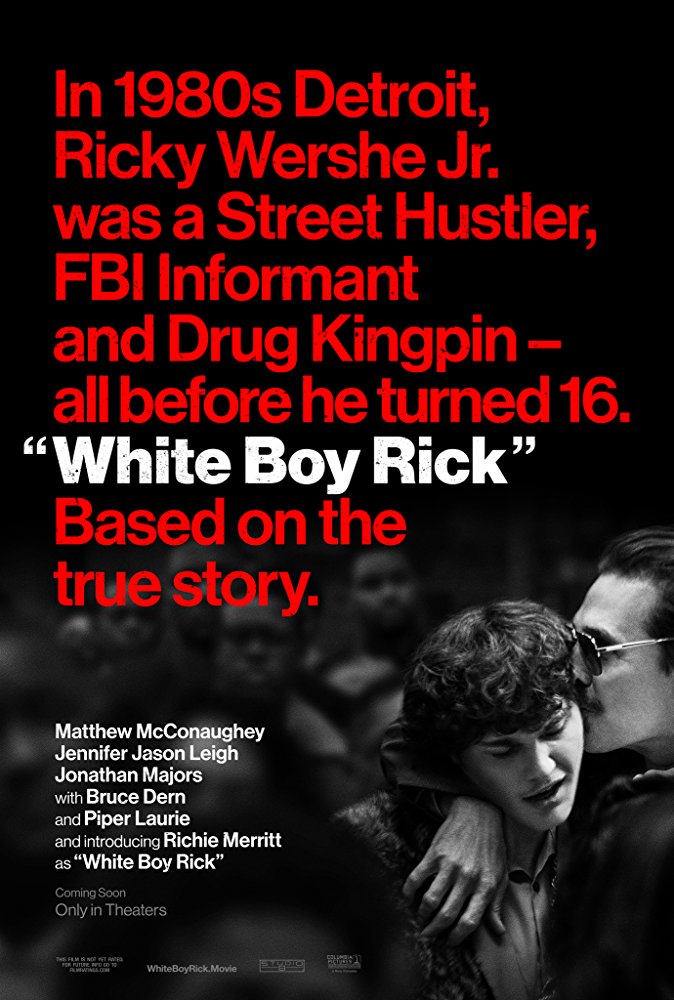 Plot: In the 1980s, teenager Richard Wershe Jr. became an undercover informant for the FBI, but instead of ending in accolades, it ended with him serving a life-sentence in prison for drug trafficking. -- Chris Kavan

While the material has already been better disclosed in a thorough and insightful documentary, "White Boy Rick" is a compellingly acted true-crime story with some surprisingly affecting moments about family and risking everything you have to get what you don't.

No posts have been made on this movie yet. Be the first to start talking about White Boy Rick!