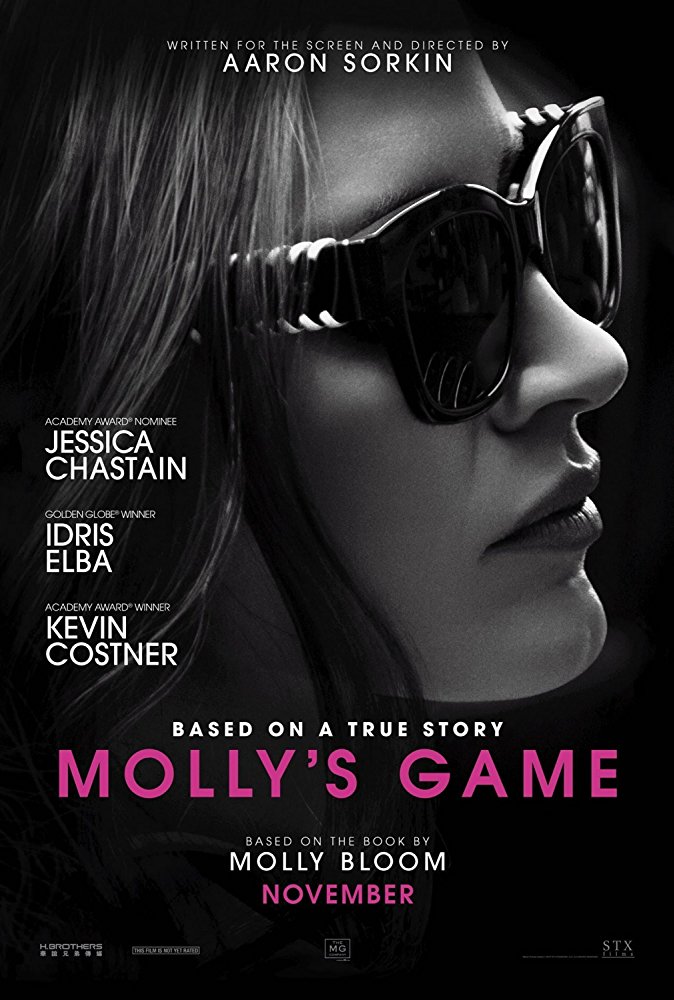 Plot: Based on the true story of Molly Bloom, who was many things - an attractive, young woman, a world-class Olympic skier and purveyor of the world's most exclusive high-stakes poker game. Hollywood royalty, sports superstars and business titans all took part in the game - as did the Russian Mob - which brought the FBI down on Molly. With the world seeing nothing but what the tabloids said, she could only count on one person - her defense lawyer Charlie Jaffey, to be her ally and tell her story. -- Chris Kavan

Aaron Sorkin's chatterbox drama about an Olympian turned high stakes poker hostess is boosted immensely by Jessica Chastain's lead performance. As expected, she's dynamite as someone who is slowly drawn into an alluring underworld fueled by greed and vanity. Idris Elba is alright as her defense lawyer but really, he's just a POV character for the viewer(s) to react to her wild story. Chris O'Dowd is very funny as a hapless drunk and Michael Cera gives his best performance in years. If there's anything wrong with 'MOLLY'S GAME', it's that the movie is too talky for its own good. Sorkin loves to write, I respect that. But it's always better to show than tell.

Movies I Want To See by JesÃÂºs

No posts have been made on this movie yet. Be the first to start talking about Molly's Game!