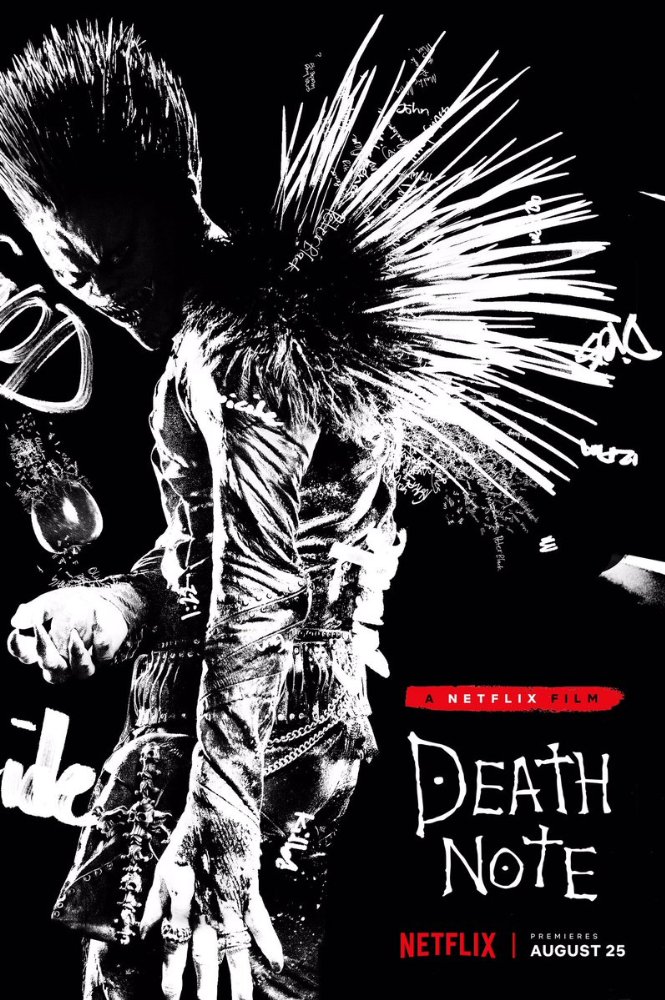 Plot: When high school student Light Turner finds himself in possession of the Death Note, a notebook which has the power to kill anyone he wishes, he finds himself teaming up with fellow student Mia Sutton in order to make the world a better place. But when he comes under scrutiny of the brilliant detective L, he finds himself pushed to make morally questionable decisions, culminating in an epic standoff between two brilliant minds. -- Chris Kavan

Just as unlikely to please longtime fans of the source material as it is to successfully reach new ones, "Death Note" is dead waste.

"I think it's very sad, actually. I only mention it, because that would make you over 18. If you were to beat me up, which I'm sure you could, it would be child abuse". lol what? The only good thing that came out of this disaster is people are now remembering how awesome the original was. Every issue I had with this film has already been said by many, so no point repeating things you heard countless times by now.

Adam Wingard's take on the popular anime/mange of the same name is a bit of a one-note Death Note, but it's not without merit. The casting is solid, the soundtrack is pretty great and the story, while quite truncated, is still decent. Still, while I wasn't the biggest fan of the anime series, that's probably where you should start, though if you're already familiar with the material, the movie is a nice supplement.

I'm sure the Japanese version is superior

The fact one outsmarted Death was the cause of a lot of trouble in âFinal Destinationâ, resulting in a whole series of victims. Recently I saw âWish uponâ with a Chinese music box falling into the hands of a teenage girl. A music box she used to fulfill certain wishes. Only this wasnât without consequences and individuals here also died in gruesome circumstances. âDeath noteâ is again a variation on the subject. Here itâs the student Light Turner (Nat Wolff) who gets a mysterious notebook thrown into his lap. Whose name is written in it, is doomed to die. And this notebook is accompanied by Ryuk. A kind of hedgehog-like God of death who passes on the …

No posts have been made on this movie yet. Be the first to start talking about Death Note!