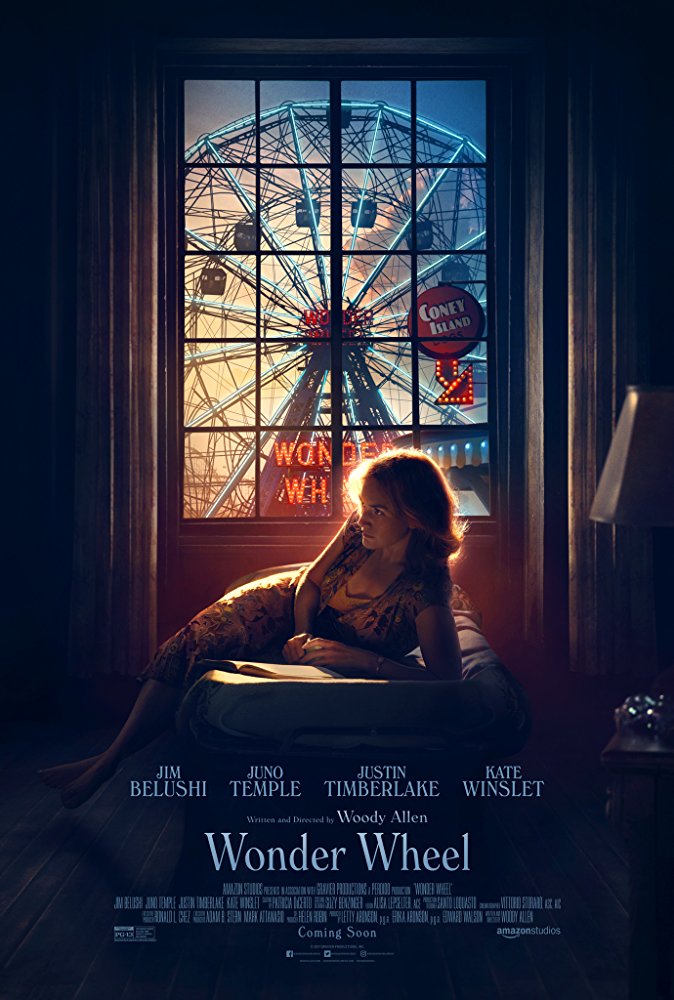 Plot: Coney Island in the 1950s - a lifeguard recounts the tale of middle-aged carnival worker, his unhappy wife who once aspired to be an actress but now works as a waitress and their estranged daughter, who is running from the mob, and may capture his heart. -- Chris Kavan

It really feels like Woody has been running on empty the last couple of years. This dry and disposable addition to his life's work tells the same bland story we've all heard before, featuring sad characters who don't break any old molds.

'Wonder Wheel' is a gorgeous looking film with terrific acting, but sadly feels uneven. It's more of a stage performance than a movie. It's amazing to me that Woody Allen can bump out a movie each year and make it so rich and old fashion. Unfortunately the films themselves have become a faded memory for me, expect for 'Midnight in Paris'. I don't remember a single thing that happened in his previous movie 'CafÃ© Society'. This will suffer the same thing. Allen making a love triangle around a woman and her stepchild isn't the smartest thing to do with his controversial past. You are literally putting light on your issues. Sometimes art itself can't spare it's artiest.

No posts have been made on this movie yet. Be the first to start talking about Wonder Wheel!