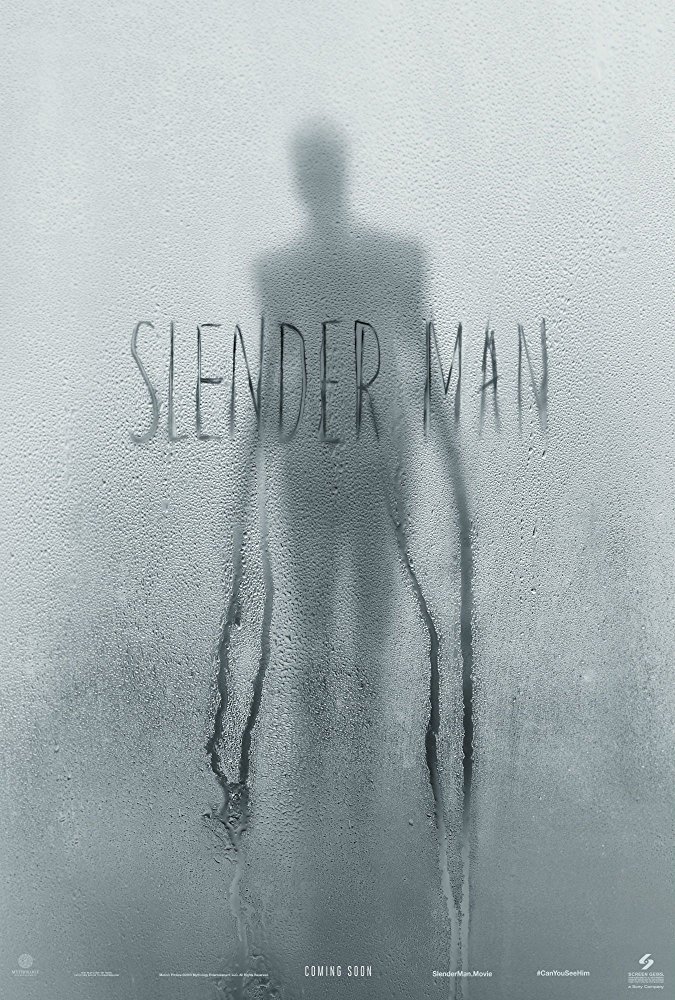 Plot: A tall, faceless entity, who legend tells will unrelentingly stalk his victim, usually teens, who go mad, missing or wind up dead. A group of friends find this out the urban legend is all too real when they get caught up in his horrific trap. -- Chris Kavan

2012 just called. They want their terrible movie based on a lame internet horror fad back.

Slender Man is a plot-less, badly acted and horribly scripted horror train wreck that could have -- and should have -- been an interesting piece of atmospheric storytelling with the right people behind it. There's absolutely nothing to Slender Man but some weirdly creepy imagery that's more ridiculous and senseless than it is unsettling.

"Those who hear the three bells toll, accept his invitation.
When you hear the first, you must close your eyes, keeping words unspoken.
If one wants to hear, you must listen closely, for they are soft and distant."

I was really curious about this movie. Not that I expected anything spectacular. But the photos with this cult figure, which popped up on the internet, were rather intriguing. Not really scary but mysterious. A faceless figure with disproportionate limbs who appears in the background while observing children playing. A kind of Pied Piper of Hamelin who lures innocent children and makes them disappear. The fact this creation is the result of an internet competition is widely known. I was only curious if this figure would convince in a horror film. Well, itâs not really …

I mean, this should have came out like four years ago when Slender Man was popular, but not now. The popularity has kinda died out.

'Slender Man' is a water down horror movie with more yawns than thrills. It's painfully dull. So boring in fact, I actually fell asleep 12 minutes into it. Of course I had to re-watch it which was horrible.

There's nothing redeemable or anything good about 'Slender Man'. The script is terrible with endless amount of horror movie clichÃ©s you thought died out for good. The clichÃ© of how teenagers talk in these type of horror movies. Not forgetting the questionable decisions that leads to their demise.

No posts have been made on this movie yet. Be the first to start talking about Slender Man!