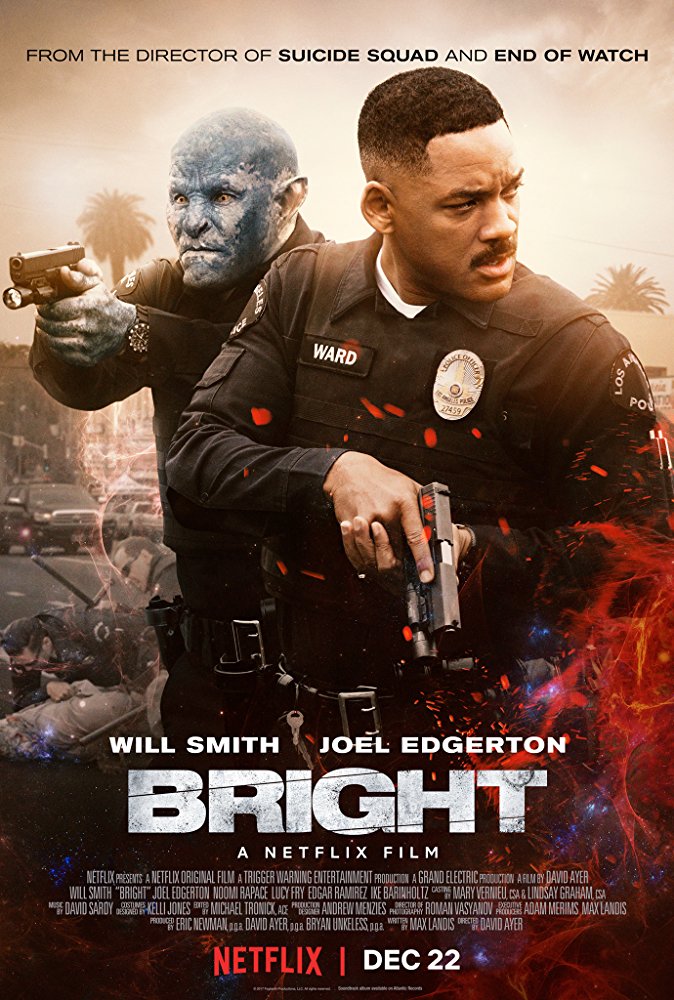 "Training Day" with characters from World of Warcraft, "Bright" is a ham-handed, convoluted attempt at something satirical and original.

An L.A. cop is unwillingly teamed up with an Orc rookie and when they stumble across a magic wand during a routine call they become targets for every cop and criminal in the city.

The obvious comparison for Bright is 1980's buddy cop sci-f thriller Alien Nation which was based upon a similar concept, except in this case the aliens are switched for characters from Tolkienesque fantasy mythology. In a nod towards class boundaries, the Orcs represent the underclass while the elves are the super-rich movers and shakers with humans somewhere in between, but while Alien Nation attempted some - albeit clumsy - social commentary, Bright is literally just a chase movie about a magic wand. It's that stupid. In fact, if the script had been a pastiche executed by the likes of Simon Pegg and Edgar …

No posts have been made on this movie yet. Be the first to start talking about Bright!