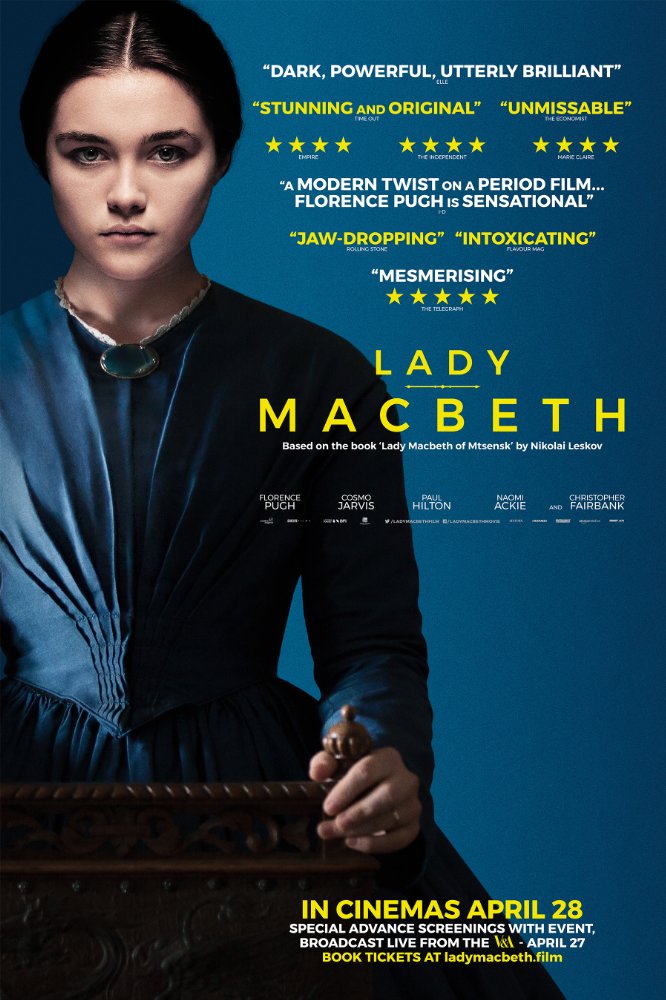 Plot: Based on the novella by Nikolai Leskov, Lady MacBeth follows the story of a young bride in the 19th century as she is sold into marriage. -- Chris Kavan

Plenty of period dramas have examined gender roles and the mistreatment of women in the past, with an often delicate touch. But this time, the gloves are completely off.

Florence Pugh makes a star making turn as the cold young wife of a bitter landowner who has a sexual awakening after an affair. Pugh's performance and her constant chilly demeanor has a neat psychological bent to it which makes her hold over others believable.

No posts have been made on this movie yet. Be the first to start talking about Lady MacBeth!