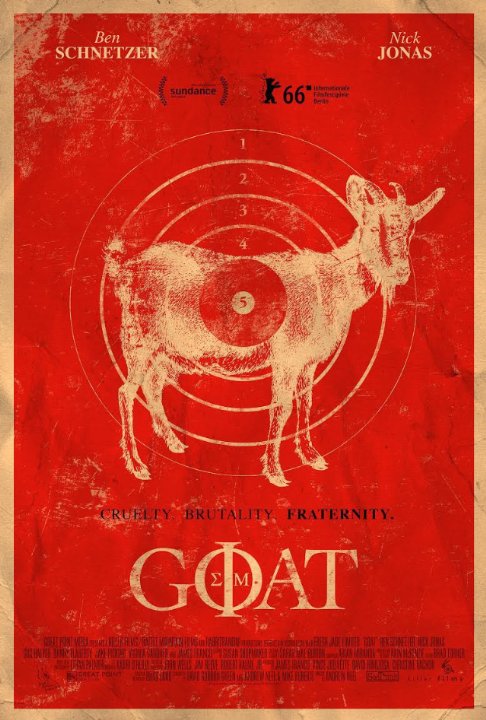 An exploration of biological brotherhood versus frat brotherhood set underneath a disquieting portrait of fraternity hazing, "Goat" is a challenging film that takes a look behind closed frat house doors.

The dark side of being accepted

After been assaulted, beaten up and having his car stolen, Brad becomes withdrawn and is bitterly disappointed with himself for not fighting back. Traumatized and desperate to be accepted and fit in, the opportunity to join his brother Brettâs fraternity seems to be the answer been looking for. The fraternityâs infamous âhell weekâ is a brutal hazing tradition that all pledges must go through in order to be accepted. But once it starts, brother begins to notice the extremity of what his brother and the other pledges are put through and starts to doubt the obscured legitimacy of it all.

Based on true events, this testosterone filled drama exposes the dark side of hazing experienced by many all over the world and raises the question: Is degradation embarrassment and abuse for a …

No posts have been made on this movie yet. Be the first to start talking about Goat!