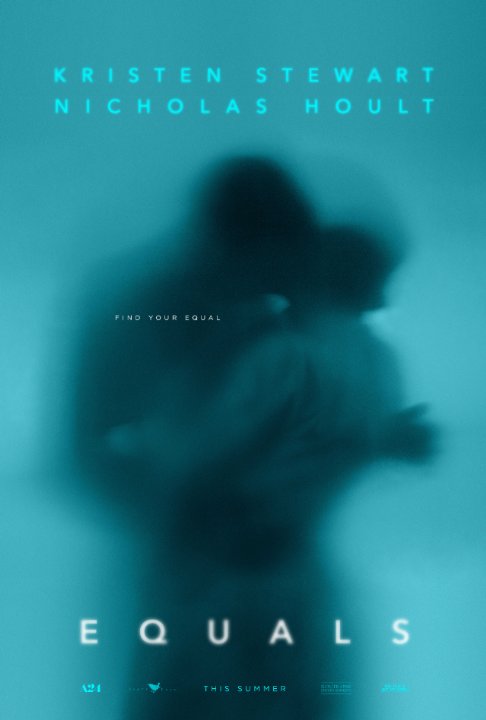 Invest in Romance, Stay for Intellect

'Equals' is a familiar looking sci-fi drama that hides a deeply thoughtful agenda. On the surface, this premise of suppressing emotions to form a (fake) utopian society has been done before. The difference here is in the dramatic focus. Everything in regards to plot is stripped down to a simple growth of a romantic relationship. Both partners have experienced lapses in their uncontrollable emotional state. They start to have feelings for one another, which is treated like a disease in this world. Their behind-closed-doors romance is heightened due to the threat of being exposed - entailing a consequence of isolation and/or death. Yet, everyone is already mostly isolated from each other in this society to begin with. The basic need of human companionship is absent, only whittled …

"I'd like to start you on a full course of inhibitors immediately. There's no reason why you shouldn't be able to live a normal life. At least for a while."

Kristen Stewart isn't exactly on my list of favorite actresses. As I wrote in my review of "Snow White and the Huntsman" : "She shows almost no emotion and I'm convinced she dips her face in starch before walking onto the set". But regarding this film, she was most suited. A postwar society (indeed, again after a devastating war) in which all the survivors their DNA has been manipulated in such a way that all feelings are gone. No impulsive behavior. No depression, pain or overwhelming feelings. No more feelings of lust, love, hate, jealousy and joy. Numb beings, functioning on autopilot. Their only purpose in life is to explore …

No posts have been made on this movie yet. Be the first to start talking about Equals!