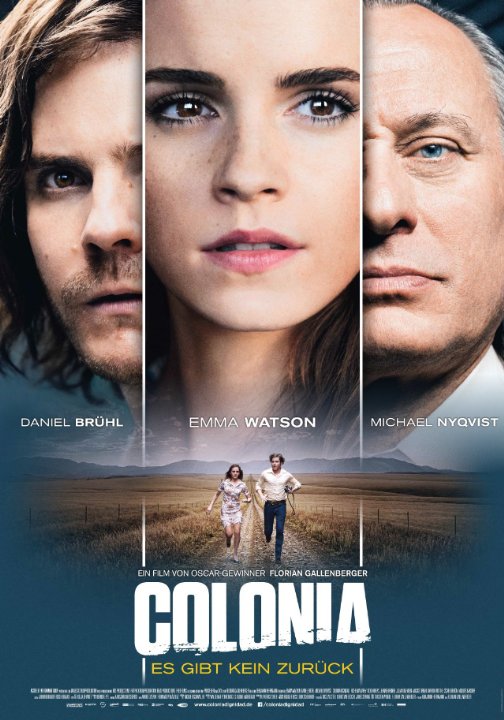 Plot: Based on a true story: Lena and Daniel are couple living in Chile during the turbulent military coup of 1973. When Daniel is abducted by Pinochet's secret police, Lena tracks him to the South in an area dubbed the Colonia Dignidad. On the surface, it operates as a charitable mission, but in reality, it was a place no one ever escaped from. Lena joins the cult in order to finds and rescue her husband. -- Chris Kavan

Historical drama presents a serious look into lesser known events. The weight of the situation is dilated when the story involves the rescuing of a romantic partner from a prison-like compound. It devolves into a routine escape movie. The escape borderlines on actual thrills and the actors all do a good job. Not much else worth relating.

No posts have been made on this movie yet. Be the first to start talking about Colonia!