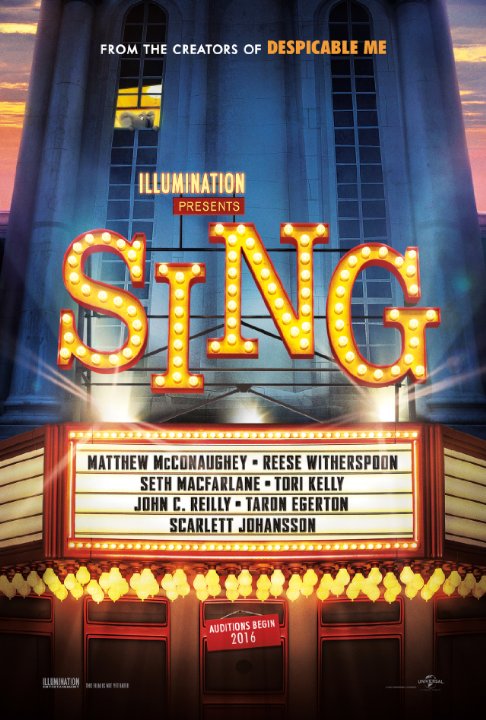 Plot: Buster is koala with a theater - but not nearly enough patrons. In order to attract some more business he enlists the help of some of his friend to put on a spectacular singing competition. -- Chris Kavan

The crisp visuals and energetic grand finale are the film's highlights, but they aren't enough to carry "Sing" past its cliched characters, overly familiar story, and a less than timeless soundtrack.

A lot of fun, a lot of great music (and actors showing off some great voices), a positive message and memorable characters. It plays it pretty safe, but I think both the kids and adults will be satisfied. Watch it with the family and watch for some big smiles.

No posts have been made on this movie yet. Be the first to start talking about Sing!