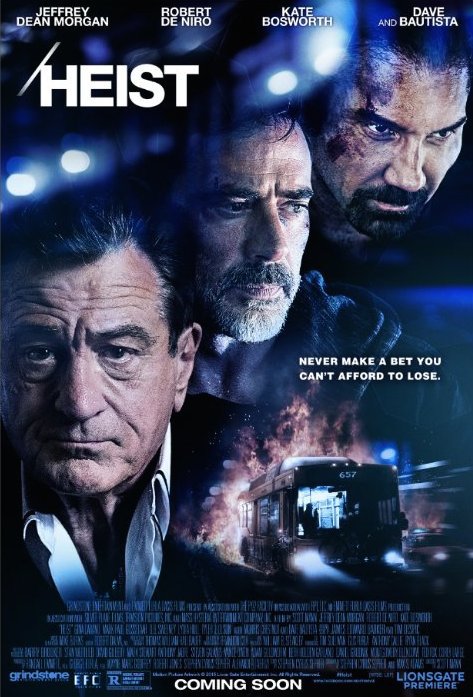 Plot: After a heist, three man run for the hills in a bus half-full of people, taking them hostage in the process. -- Ionut valentin

"The Trust" was about a robbery in "Ocean's Eleven" style by a "Dumb and Dumber" looking duo. In this film it's "Ocean's Eleven" mixed with portions of "Speed". But this time without an adorable Sandra Bullock at the steering wheel. Robert De Niro doesn't need to prove that he's a class actor. That's beyond dispute. But if you look at the list of films he played in the last few years, I can only conclude that he just did a favor for a bunch of friends. Sometimes his contribution is terribly limited (as in "The bag man" and "American Hustle"). Mentioning his name is obviously part of a purely commercial strategy so the movie will get some extra attention. And there are a few films of such a pitiful level, that you …

its speed v some other weird moviethe plot etc was silly and poor but i have seen worst movies.it was ok to watch if leave the brain behind the sofa.i liked the preg woman twist and the cop noticing her i thought that was a nice touch. not original but best bit

Bad written script, verry bad acting, unbelievable stupid scenes like the one in wich they come back to the bus: when, why!? the one in wich female cop is letting go THE CRIMINALS (what?) escape with the money, that time when she is taking the right decision says&amp;nbsp; the chief wich turn out to be the mafia guy in the police...what a mumbojambo!