The Lady in the Van Movie Information 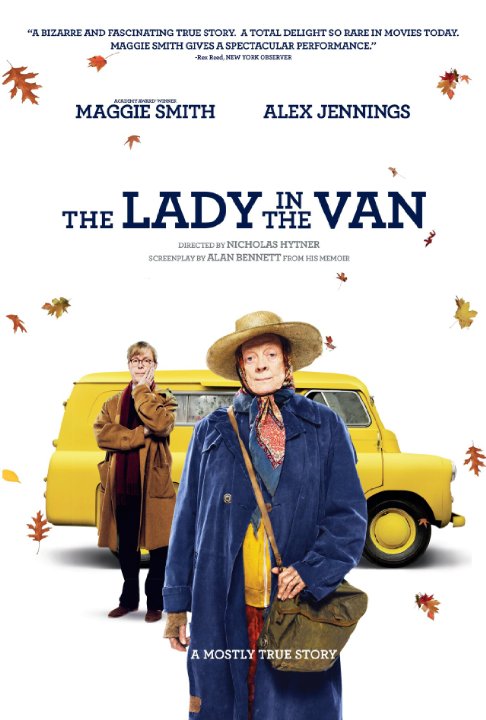 Plot: When a transient woman in a van suddenly decides to squat in your driveway, what would you do? For one man what begins as a hassle turns into a much deeper bond as the two connect in unexpected ways. -- Chris Kavan

"The Lady in the Van" is a quirky and humorous film that is as odd as its central character.

Quirky little gem based on an odd true story. Maggie Smith creates one of her most memorable characters to date in this crab, selfish, eccentric, funny, elderly squatter. The narrative is peculiar in how the main character talks to himself, addressing the situation while never going completely into a fourth-wall breaking scenario (until the final moments). Once I realized what the visual intentions of this method entailed, I was completely on board. The man himself who experienced this actual ordeal is also the writer of the film and book which it is adapted, so the format of storytelling makes absolute sense. The off-beat humor is refreshing; pertaining to the characters forced relationship with one another and their mutual understanding of each other despite their equally standoff …

No posts have been made on this movie yet. Be the first to start talking about The Lady in the Van!