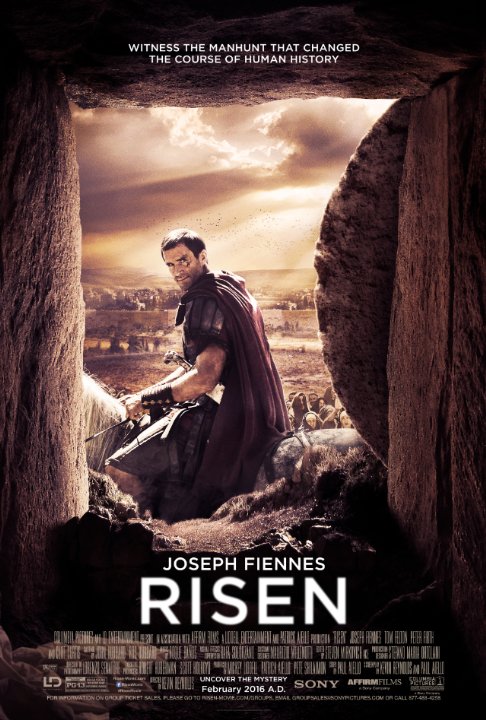 Plot: The story of Christ's resurrection is seen through the eyes of an agnostic Roman Centurion, charged by Pontius Pilate to find the missing body of Jesus and quell an uprising taking shape in Jerusalem. -- Chris Kavan

Just one more 'T.V. movie' special about Jesus on the big screen, please? One more won't hurt. Well, at least 'Risen' is slightly less boring than this year's other similar offering, 'The Young Messiah'. To be fair, 'Risen' is a bit different than that film. It's basically a (hundredth) retelling of the resurrection of Christ, but done so through the perspective of a Roman Centurion (Fiennes). The dramatic ark of the movie concerns his reevaluation of life after witnessing Jesus's rebirth (sort of) firsthand. The first half concentrates on his participation in the crucifixion and burial, as well as his investigation into the disappearance of the body. It plays out like a twist-less episode of 'Law & Order'. This made the movie feel less conventional when compared to the typical …

No posts have been made on this movie yet. Be the first to start talking about Risen!