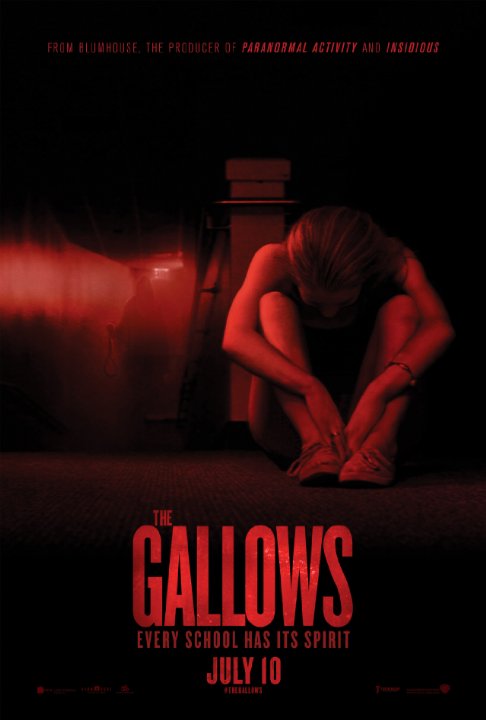 Plot: Twenty years ago, tragedy struck a small town during a high school play. In an attempt to honor the victims, the school plans an anniversary performance of the same play only to learn some things are best left forgotten. -- Chris Kavan

The Gallows starts off as a typical urban legend horror film (that has to go the found-footage route for some reason) but as it reaches the conclusion, it switches to a more supernatural element and the switch throws off the entire film. I mean, for essentially a crowd-funded horror film, it's not too bad - even if the characters are mostly annoying. I can think of worse horror films out there, but there's not much here to make it stand out.

What happened to horror movies?

When I saw the trailer I couldn't wait to see it.It looked awesome.After watching The Gallows I'm just glad I didn't pay to go see it.That would've been a MAJOR waste of $$$.It started off good enough even though there wasn't all that much to it.I thought I'd end up actually liking the movie (Boy was I wrong) It started falling apart near the very end & the final ending was just straight up garbage.I absolutely hated it.I hope The Gallows is 1 & done.As much as Hollywood LOVES to make Sequels I truly hope The Gallows doesn't get 1.The movie was bad enough the 1st time that there shouldn't be a 2nd.If you're thinking of paying to watch The Gallows, Take my advice & wait till you can see it for free.There are way better movies out there that you could be spending your $$$ on

Worst 8 of 2015 by Stoney McStonerson

No posts have been made on this movie yet. Be the first to start talking about The Gallows!