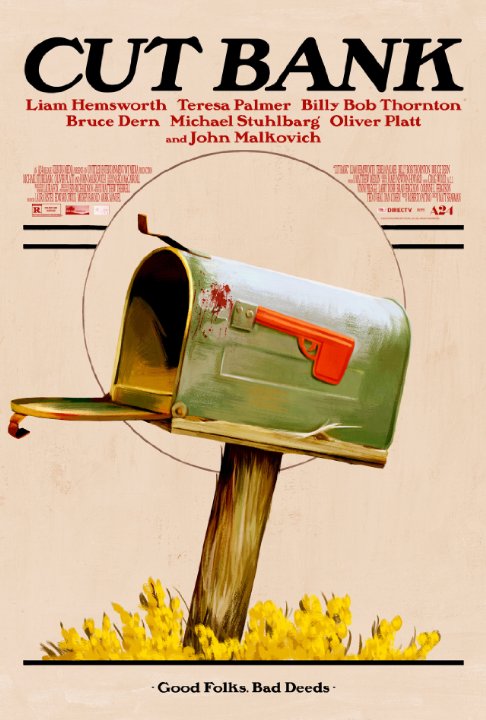 Plot: A man looking to escape the dead-end town he calls home thinks he has stumbled upon the perfect opportunity to leave town for a bigger city with his girlfriend. But things soon take a turn for the worst as he realizes the town isn't so willing to let him go. -- Chris Kavan

A bevy of solid, recognizable actors in an above mediocre caper film. The plot initially unravels with a new character revelation in every other scene. You see the inner workings of this crime, and every person's role, as the film progresses. I always like this approach. It's done best in movies like 'Wild Things'. However, this is no 'Wild Things'. Most of the secrets are given up by the halfway point. The rest divulges into a standard thriller complete with an unrealistic serial killer character that feels wedged in. His secret is more of a goof. I found it entertaining, but I lost my investment of seeing this crime play out when things switched gears. More memorable characters and humor could've helped with what the movie was going for. Decent rental for those interested.

"Hi! Welcome to Cut Bank, Montana, where the Rockies meet the Plains. My name's Cassandra Steeley, and I'd like to show you my town full of cheer and wonted kindness."

After reading a few reviews (which I normally ostentatiously refuse to do, just to avoid influence) it seemed that "Cut Bank" is very similar to the famous movie "Fargo" made by the Coen brothers. Although I'm a huge film buff and watched quite some movies, I must admit that I've never seen this infamous film. Should I be ashamed and did I miss a milestone in the history of movies ? Probably yes. But on the other hand I could watch this odd movie unprejudiced. The fact that two leading actors starred in the television series based on the Coen's flagship, probably influenced the forming of an opinion for some. For me, as …

Cut Bank is Coen Brothers-esque thriller/mystery set in the small town of Cut Bank, MT (the coldest spot in the nation!). While it might not have the same impact as, say, Fargo, thanks to a strong cast it pulls its weight and spins a harrowing tale that once again proves the best laid plans of mice and men oft go astray.

Dwayne (Liam Hemsworth) wants nothing more than to leave the town behind, hopefully with his girlfriend, Cassandra (Teresa Palmer) joining him. She is practicing to hopefully become the next "Miss Cut Bank". He has a dead-end job working for Big Stan (Billy Bob Thorton) while his father is near death. One day while out in the field while filming his girlfriend for her pageant number he catches a murder of the local mail carrier (Bruce Dern). Local sheriff Vogel (John …

No posts have been made on this movie yet. Be the first to start talking about Cut Bank!