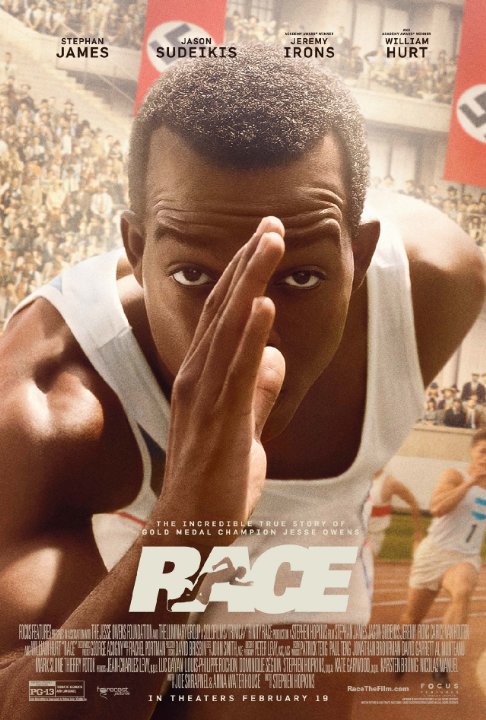 Given very few opportunities to stand out, Jesse Owens is frequently upstaged (in his own movie) by supporting characters and the film's Nazi era backdrop. Shame.

Race is a mostly entertaining sports biopic that jumps from a lot of different plot points and manages to cover quite a lot of ground in a two hour running time. However, the production does seem like a made-for-tv docudrama at times. The supporting cast is fine and Stephan James is likable as Jesse Owens. But Jason Sudeikis is the standout cast member as his wily coach.

'Race' is the long overdue biopic of Olympic Gold Medalist, Jesse Owens. We catch a glimpse of his early days before getting right into his running career, starting out in college. He forms a bond with his coach/mentor (an immaculate Sudeikis) that turns out to be the heart of the film. I really enjoyed their scenes together. Their friendship offered depth without becoming weighed down with too much emphasis on emotional drama. They share highlight reels with the well executed running sequences. The way in which they are shot and edited made these moments of well known victory still give off a competitive tensity. There's also a surprising amount of focus on the politics involved with actually having Owens participate in this particular Olympics being held during WWII. Many …

No posts have been made on this movie yet. Be the first to start talking about Race!