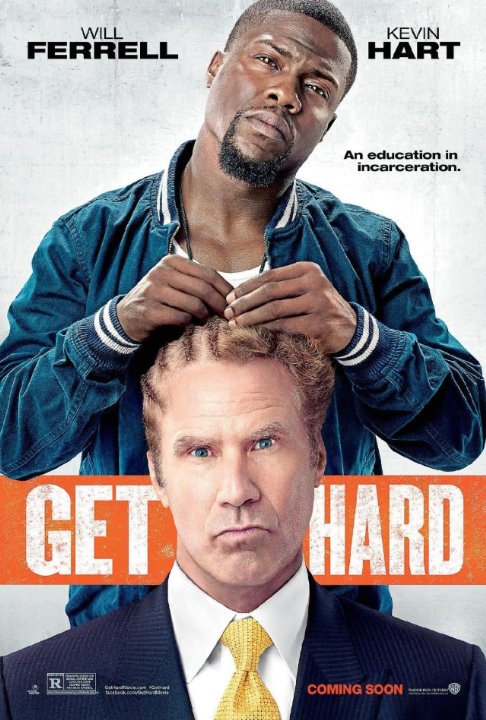 Plot: A millionaire faces a prison sentence following a fraud conviction and in order to survive life behind bars, turns to Darnell Lewis to toughen up. -- Chris Kavan

Get Hard: Should be renamed "Hard to Watch"

This is one of those movies where you see the cast and think that it might work. Then you read what it's about and you start to worry, Then you watch the trailer and you stop worrying , and then you finally watch the movie and you wish someone told you not to. This movie was a disappointment. With Will Ferrell and Kevin Hart together there should have been no way this movie would be bad. But it was. Aside from T.I.'s performance and a short 15 minute window near the middle this movie was just plain bad. The jokes were either offensive or boring. And a lot of Kevin Hart's attempted comedic scenes were just him screaming. It was Kevin Hart doing the same crap he always does. And Will Ferrell is so over the hill, I no longer have any desire to see a movie of his again. Overall "Get Hard" is …

Just like in my Unfinished Business review as I explained why I watched it and all that stuff...well for this one I checked it out myself just because I had a little interest for this movie and wow talking about a miss fire this movie was. This is going to be a short review for this garage movie, why well I haven't got anything else to say about it because why should I go into such much detail for this movie that I will not remember it in a few days time.

The story is about a millionaire faces a prison sentence following a fraud conviction and in order to survive life behind bars, turns to Darnell Lewis to toughen up.

No posts have been made on this movie yet. Be the first to start talking about Get Hard!