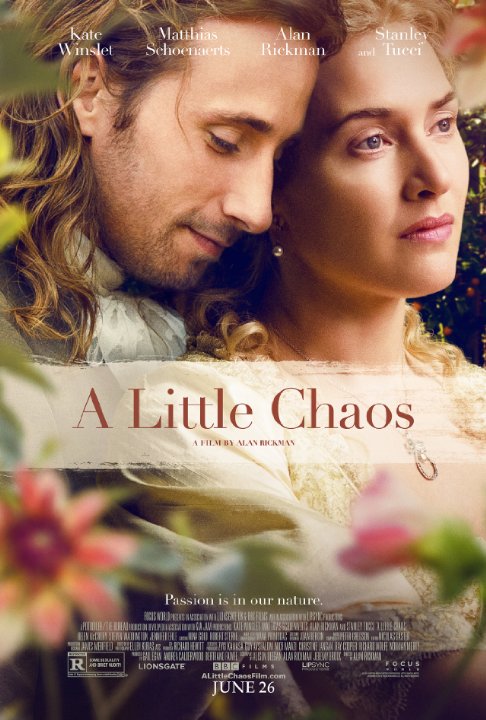 Plot: The story of Madame Sabine De Barra, a landscape artists and unlikely candidate to create the grand gardens at the in-the-making opulent Versaillers. Yet when she finds herself the choice, she is thrust into the chaos and intrigue surrounding the court of King Louis XIV, including getting close to the talented, enigmatic architect Le Notre. -- Chris Kavan

No posts have been made on this movie yet. Be the first to start talking about A Little Chaos!