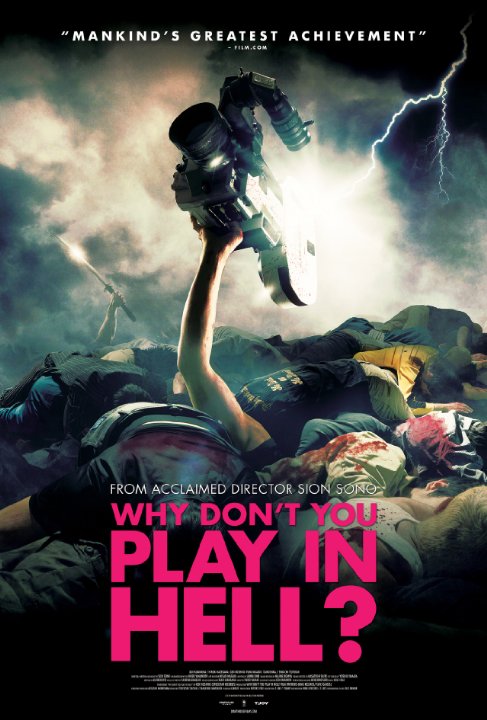 Plot: A renegade film crew, dubbed The F*%k Bombers, finally realizes their decades-long passion to make a film - as long as they don't mind being embroiled in Yakuza clan feud where several parties will surely wind up dead. -- Chris Kavan

Top Ten Films of 2014 by KingoftheCorn

No posts have been made on this movie yet. Be the first to start talking about Why Don't You Play in Hell? ( Jigoku de naze warui )!