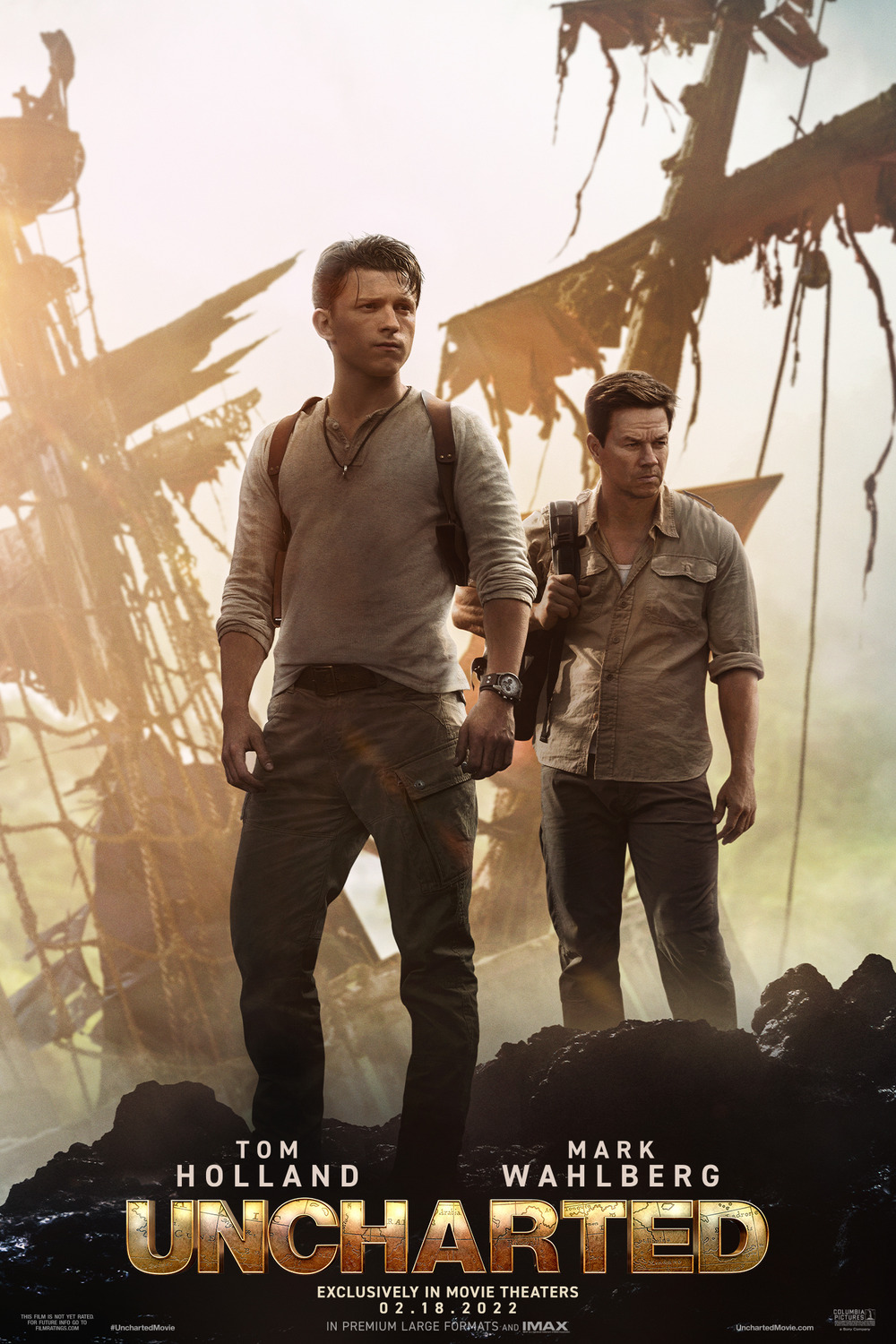 Plot: Based on the best-selling video game series, stree-smart Nathan Drake finds himself in league with seasoned treasure hunter Victor "Sully" Sullivan on a quest to hunt down the fabled fortune of Ferdinand Magellan, lost over 500 years ago by the House of Moncada. If the duo can learn to work together and decipher the clues and puzzles that await them, a $5 billion fortune awaits - but they will have to beat the ruthless Santiago Moncada, who claims to be rightful heir to the fortune, to the punch. -- Chris Kavan

Call this Raiders of the Meh - a by-the-books action/adventure that could have been swapped out with any other non-Uncharted series and been just as bland. Tom Holland is the only bright point here as Mark Wahlberg is woefully adequate, Antonio Banderas mostly wasted and Tati Gabrielle is a bit much and Sophia Ali not used nearly enough. The CGI is also all over the place - it kind of felt like a video game at times - but, in this case, not necessarily a good thing.

As miscasted as Holland and Wahlberg are, their chemistry does help to liven up a pretty routine adventure story that doesn't have a lot in common with the game it's based on.

Not what it should be yet still better than needed

As a true adaptation of the popular video games, I think people will be disappointed in UNCHARTED. But as escapist entertainment that dabbles in treasure hunting, it delivers the goods. I honestly wasn't expect to enjoy this as much as I did.
But it is a good example of good casting overcoming a mediocre script and the movie itself being so much fun. Tom Holland and Mark Wahlberg are fun together as a pair of unlikely adventurers teaming up on a quest to uncover the greatest fortune in history. Their adversary is Antonio Banderas in full-on moustache twirling mode as the villain. Fan-favorite character Chloe Frazer appears from the games played by Sophia Ali. She's as fearless and alluring as expected. If there is a downside in the cast, it is Tati Gabrielle as Banderas' henchwoman. …

No posts have been made on this movie yet. Be the first to start talking about Uncharted!