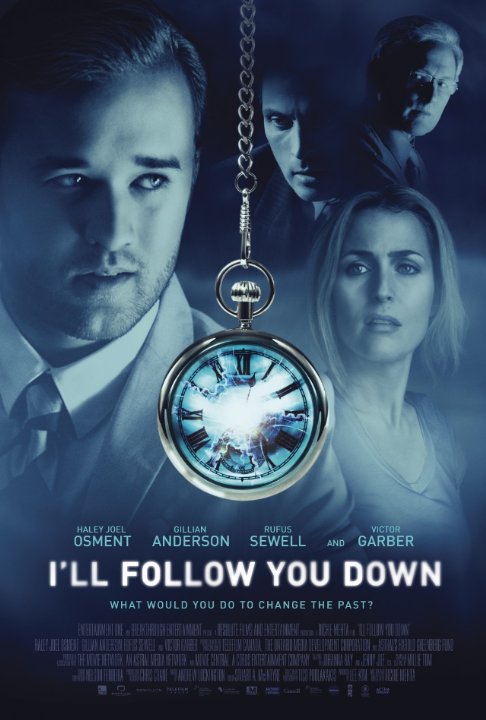 Plot: A father travels in time and goes missing with consequences for his family. -- travincal

Gabe Whyte (Rufus Sewell) is about to leave for a convention in Princeton by plane. He still plays a game of chess with his son Erol (Haley Joel Osment) and says goodbye to his wife Marika (Gillian Anderson) in a loving (surprising) way at the airport. But Gabe doesn't return and leaves his family lonely and broken behind. A not ended game of chess is a lasting memory of him.

About 12 years later after the mysterious disappearance of Gabe, we see Erol back as a mature 21 year old brainiac who excels in science and math. A gifted student who has probably inherited the genes from his family that consists entirely of academics and scientists. A traumatic event brings his grandfather Sal (Victor Garber) as far as to talk about the disappearance of his father and tells Erol his theory. …

No posts have been made on this movie yet. Be the first to start talking about I'll Follow You Down!