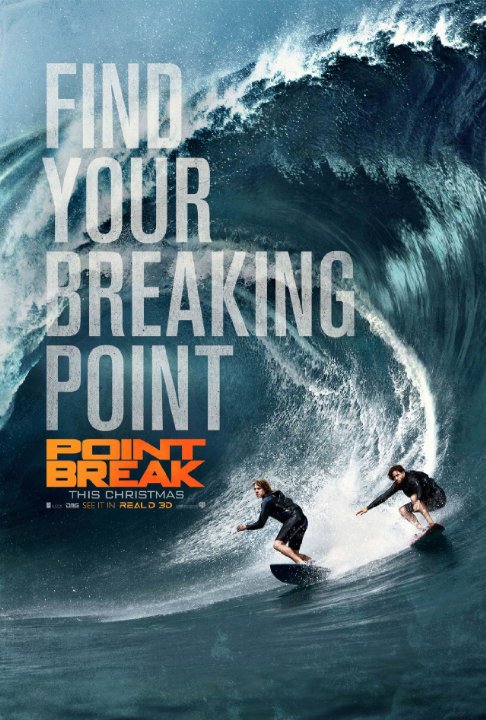 Plot: Taking its cue from the 1991 film of the same name - a young FBI agent is sent to infiltrate a group of extreme sports athletes in order to discover if the group is responsible for a string of highly sophisticated corporate heists. -- Chris Kavan

Point Break the 2015 remake is as pointless as you expected. It was a waste of money to make and no one is going to remember this movie after a few weeks. Just watch the original instead.

The 'Point Break' remake that no one wanted is here. This update barely qualifies as a remake. It's apparent that the very few references and similarities to the 90's classic are only add ons meant to re-skin this stunt show for wider appeal. The plot is barely present. Our protagonist is a famous extreme sports athlete turned detective (for no good reason) who infiltrates a gang of other extreme athletes that have done seemingly random crimes (?) while performing impressive feats. The group's leader is trying to complete 8 impossible death-defying acts for some spiritual enlightenment bullshit, while also stealing money and riches to disperse in a Robin Hood-esque manner. At least, that's what I suppose is happening. All of the character motivations are clear a mud. Every form …

No posts have been made on this movie yet. Be the first to start talking about Point Break!