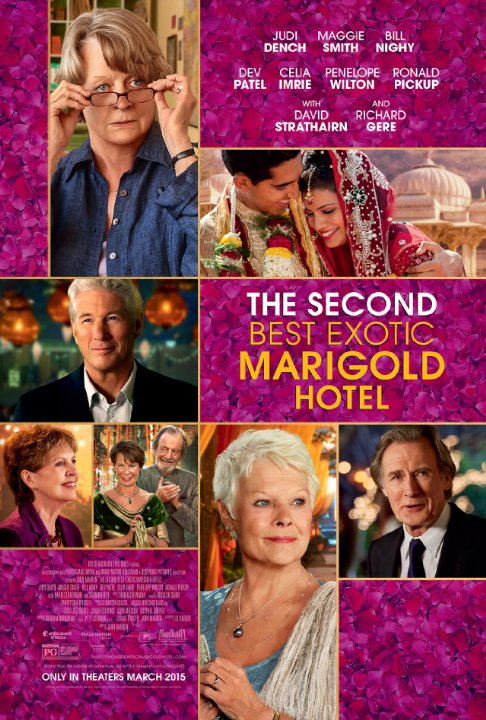 Plot: Sonny Kapoor is basking in the good fortune that The Best Exotic Marigold Hotel for the Elderly and Beautiful has brought him - even as he struggles with running the property while preparing for his upcoming marriage. In fact, there is only one vacancy left in the property - which presents a problem when two new arrivals want the room. Meanwhile, the current residents are still coping with finding their place, and maybe even romance, in still uncharted territories. -- Chris Kavan

No posts have been made on this movie yet. Be the first to start talking about The Second Best Exotic Marigold Hotel!