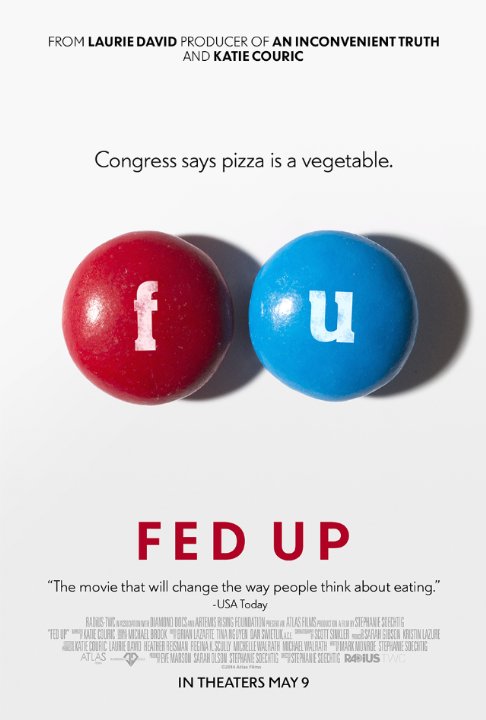 Plot: Even though the media is constantly focused on how we look - and recent attempts to curb childhood obesity, the food industry has harbored a dangerous secret - one that means more people are getting sick from what they are eating and leading to a generation that won't live as long as their parents. -- Chris Kavan

A relentlessly scathing indictment of the various culprits behind the current obesity epidemic from the government to big business to well-intended activism that was transformed into well-designed marketing for the very products that "Fed Up" cites as responsible for everyone becoming so overweight and unhealthy all of a sudden. It's depressing, engrossing, and entertaining-kinda like HBO programming.

"Fed Up" by Yojimbo

Fed Up is a documentary from the same team that brought you An Inconvenient Truth, this time focusing on the food industry. This similarly well researched, well presented and insightful film is an expose of how the use of refined sugar in processed food is poisoning us all and creating an epidemic of obesity that is shaping up to become the greatest threat to public health in the history of mankind. It's an all-too familiar story; scientists discover that the practices of big business are hugely harmful to the very people they are supposed to be servicing and their response is to confound any attempts to curb this behaviour by using their vast financial resources to use propaganda to misinform the public, bribery to buy off our elected so-called representatives, as well as ploys that are …

No posts have been made on this movie yet. Be the first to start talking about Fed Up!