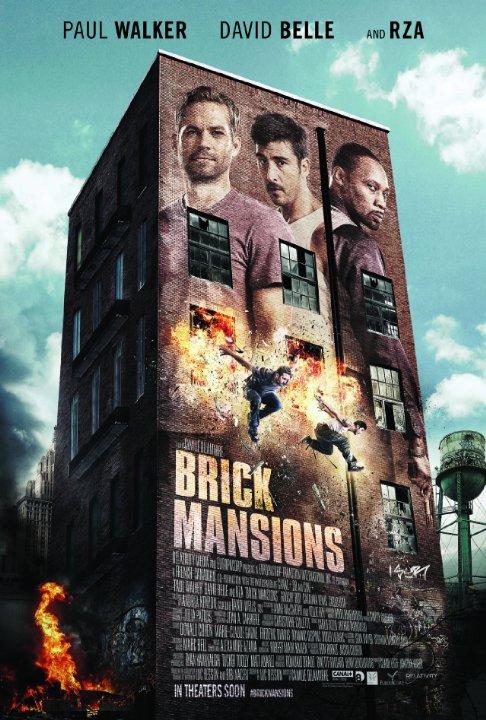 Plot: A leader in the criminal underworld gets his hands on a neutron bomb. In order to prevent disaster, a cop will go undercover to infiltrate the gang. -- Chris Kavan

Interesting enough that I would like to check out the original District B13 (of which this is an American remake of) also starring David Belle. The action (especially the parkour of Belle) is pretty good - even though, like the A-Team, it seems with all the bullets and fists flying, almost no one actually dies and there is surprisingly little blood. As one of the final films of actor Paul Walker, it may not have that big of impact on his career, but I was entertained and you can do far worse (I'm looking at you Stallone and Schwarzenegger) when it comes to modern action films.

R.I.P. Paul walker. This movie has one of the worst action that I ever seen of this year and the acting is not so good and the main villain is laughably bad, the only good thing in this movie is Paul Walker not because he passed away last year just because he was a lot of fun on screen.

There was nothing wrong with the French original... neither was it old enough to warrant for a remake.... ( like death at a funeral). Paul walker was not the actor to put into this film, granted he makes a good cop on screen. Walker's physical fitness cannot compare to Belle's, and it leaves us wondering, how would he keep up. After all, we still think about the actor's ability... can he do parkour? Just like watching a Jackie Chan film =, we enjoy the fact that Jackie can do martial arts in real life. It makes the action more believable and we are more willing to accept some of the more ridiculous stunts that he performs. What has me worried is that there is a French sequel to the original... are we going to ruin that too? Are we going to remake Shaolin Soccer too?

Movies I want to see by Shiginold

No posts have been made on this movie yet. Be the first to start talking about Brick Mansions!