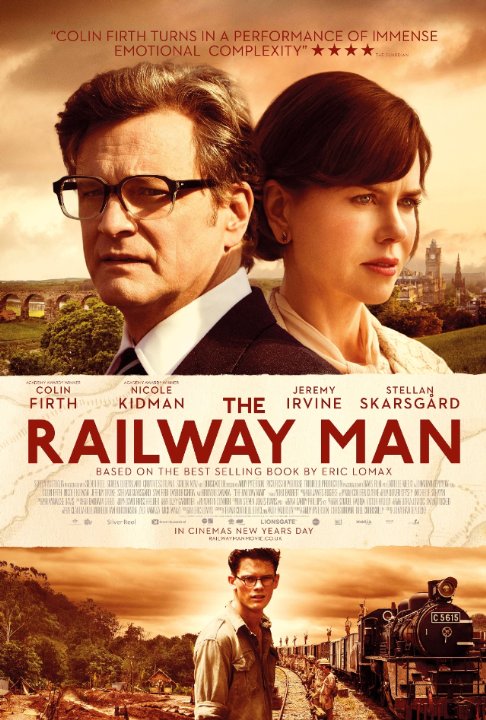 Plot: During WWII Eric Lomax was one of thousands of Allied soldiers who were captured and forced to work on the Thai/Burma railway. Her survived - many did not. Years later, he meets Patti while on a train and the two connect. Knowing about the demons that haunt him - Patti sets off on her own investigation and discovers a once-young Japanese officer, and Eric's chief tormentor, is still alive. -- Chris Kavan

a pretty good film. it starts of very much a drama then gets good with the flashbacks to the prisoner of war camp. and the eventual return, very thought provoking and shows more than most movies just how pointless war is and the things we do to eachoher. the scenes when he returns to japan are great

A movie that made quite an impression on me ...

"You are a soldier, Lomax. You never surrendered."

There have been innumerable movies about the 2nd World War, in which the atrocities of the Nazi regime and the Holocaust were highlighted. Almost all major battles and facts from this dark period have been used. Films about the living conditions of prisoners of war (POW's) in Japan and the daily torture and inhumane treatment they underwent in the Japanese-occupied territories, are rare. There were more than 140.000 inmates in this period in Japan. One out of three died from hunger, the hard labour, floggings and diseases. The worst conditions were for those who worked on the railroad that was built between Burma and Thailand. The so-called Death Railway which was 258 miles long and was built across inhospitable land. Japanese …

Not a good movie.

Based on the remarkable bestselling autobiography, THE RAILWAY MAN tells the extraordinary and epic true story of Eric Lomax (Colin Firth), a British Army officer who is tormented as a prisoner of war at a Japanese labor camp during World War II. Decades later, Lomax and his beautiful love interest Patti (Nicole Kidman) discover that the Japanese interpreter responsible for much of his treatment is still alive and set out to confront him, and his haunting past, in this powerful and inspiring tale of heroism, humanity and the redeeming power of love. This movie could have been really good solid drama but this movie is slow and I didn't care during the movie. the acting was good but Nicole Kidman was wasted in this movie she was not in the movie that much.

No posts have been made on this movie yet. Be the first to start talking about The Railway Man!