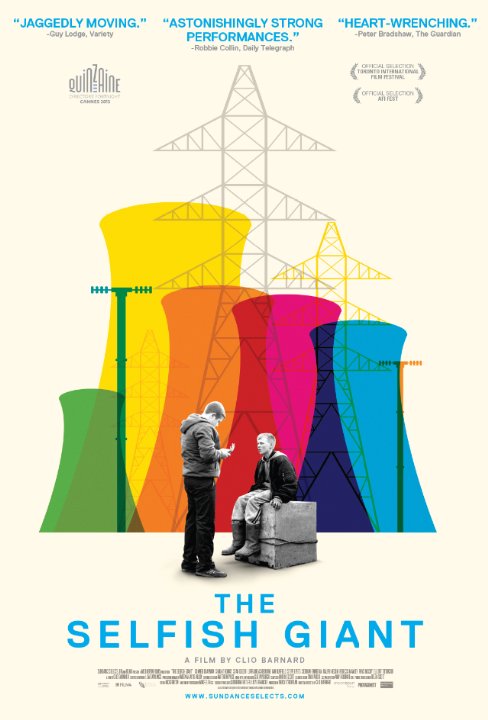 Plot: Two 13-year-old friends from working-class families decides to make their own fortunes. They turn to a local scrap dealer (and criminal) for their venture, but it leads to tragic consequences. -- Chris Kavan

this movie is just a brilliant film and most of the stuff in the movie is Actually what kids do in real life so good Job director.

***Spoilers Ahead*** Damn, talk about sad & depressing, this movie was sad & depressing from start to finish.This is a movie I'll watch 1 time & 1 time only.I hoped that something good would come out of it but nothing ever did.I hoped that nothing would happen to either of the 2 boys but something does.I saw it going that way but I was hoping I'd be wrong.The Selfish Giant was a good movie but definitely not something you'd watch more than once unless you're trying to depress yourself.If the director was trying to make me feel some type of way with this movie then he definitely got what he wanted.If this movie doesn't make you feel some type of way then there might be something wrong with you.I don't know how anybody can watch it & not feel something at all.The Selfish Giant wasn't just …

No posts have been made on this movie yet. Be the first to start talking about The Selfish Giant!