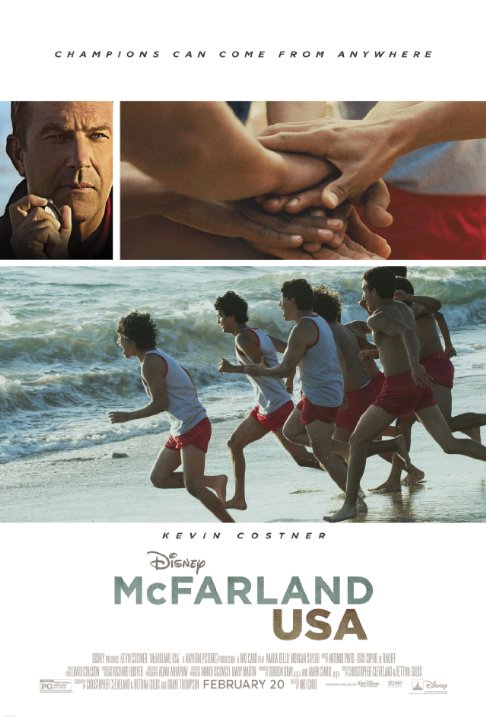 Plot: Based on the true story of Coach Jim White and the 1987 McFarland cross-country team - in a rural high school in a depressed California county, head coach White plans to turn a group of novice runners into a championship team. -- Chris Kavan

Youâve seen it countless times before. A non-traditional coach takes up a team of misfits and leads it to greatness. Did I mention that itâs based on a true story? Disney has presented viewers with this scenario in several movies such as âGlory Road,â âMiracleâ and âRemember the Titans.â Despite this formula being overused and predictable, add in a great lead such as Denzel Washington, Kurt Russell or in this case Kevin Costner, and time and time again Disney will show you that it still works.

Costner plays Jim White, a football coach with a bad track record in previous coaching positions. Following this incident, he and his family move to McFarland, California: a rural, impoverished and primarily Hispanic community. He starts his new job as the assistant football …

No posts have been made on this movie yet. Be the first to start talking about McFarland, USA!