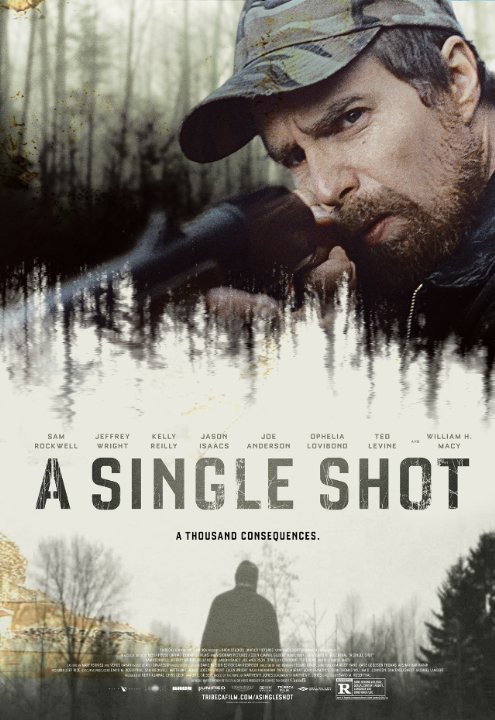 Plot: An accidental death, a stash of cash - one hunter thinks his problems are solved... until he learns he has attracted the attention of a group of hardened criminals who are looking for their money and revenge. -- Chris Kavan

'A Single Shot' shares striking similarities with 'Winter's Bone'. Both films have a lived-in look and feel to their settings and characters. It's a kind of realistic rural area grime that I've seen my whole life. Both are also bleak portraits of hardships, with a captivating central lead performance. Rockwell is at his best here, as are the supporting players. It's an immersive bunch of actors. An all-around good, non-typrical crime drama.

No posts have been made on this movie yet. Be the first to start talking about A Single Shot!