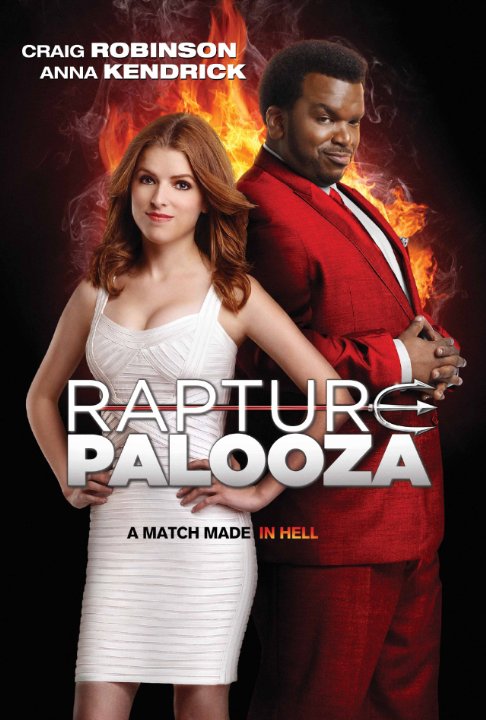 Plot: The End has happened - with billions taken away by the rapture... but not young couple Lindsey and Ben who have to deal with talking locusts, blood rain and the antichrist - who has a crush on Lindsey. -- Chris Kavan

What is it about 2013 and end of the world movies? Craig Robinson also appeared in This Is the End (as himself... kind of) but here he gets to have all sorts of foul-mouthed fun as the anti-Christ himself. Sporting a series of fabulous suits (including an impressive purple number) Robinson just plays the role to the hilt, whether it's singing a delightfully dirty ditty to his bride-to-be, Lindsey (Anna Kendrick) or throwing it down with God himself (Ken Jeong... you were expecting someone more awesome?) - the man is having fun. Also, he was an executive producer, so he had a reason to have fun as well.

But it's not all just Robinson - the most fun I had with this film is how our non-raptured couple dealt with being "left behind" as it were. Kendrik and her boyfriend, Ben, (a perfectly …

No posts have been made on this movie yet. Be the first to start talking about Rapture-Palooza!