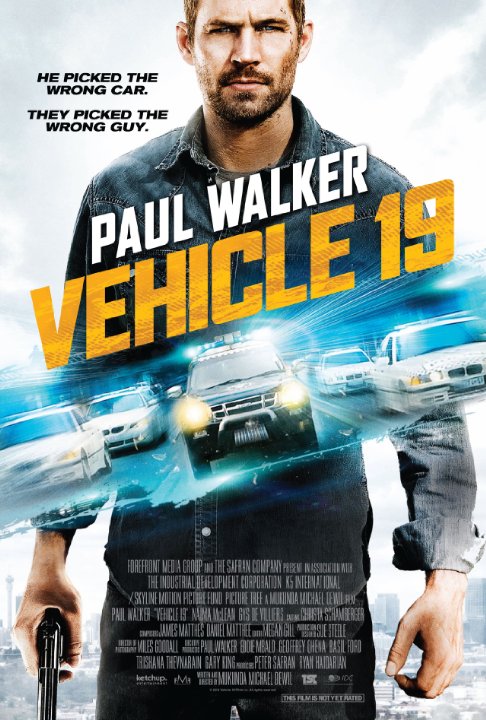 Plot: A recently-paroled man gets much more than he bargained for after he picks up the wrong rental car and suddenly becomes a target for the corrupt local police force. -- Chris Kavan

The story is about a recently paroled man unwittingly picks up the wrong rental vehicle, having just got off a long haul flight. He soon realizes that he is the target of an entire police force that will use any means necessary to stop him and the tied up female "passenger" he discovers in the trunk, from getting to the courthouse to testify against top-to-bottom local corruption.

I got to be honest here the only reason I watched this movie is because of the sad lost of Paul Walker. I normally do this when a big name star dies and their very last performance you every going to see them in that I normally go …

No posts have been made on this movie yet. Be the first to start talking about Vehicle 19!