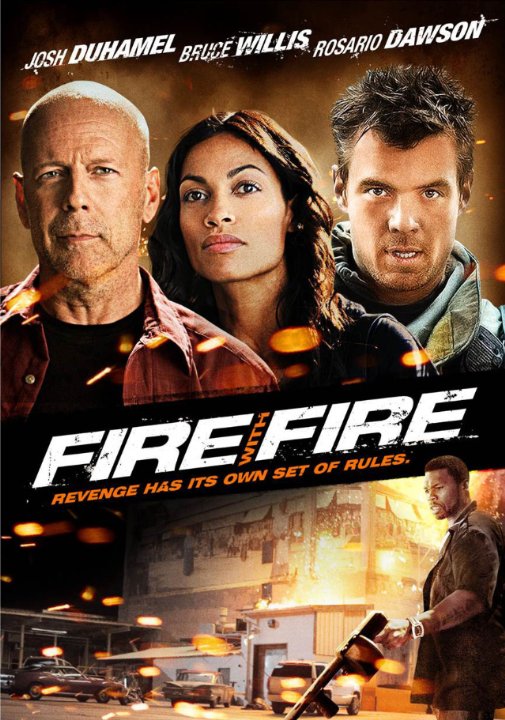 Plot: A fireman takes an action when a man whom he's forced to testify against threatens him. -- MovieAddict

Willis again playing a meaningless role in a moderate movie. Is his face nowadays only used to give lousy B-movies a higher status. It was hard for me to keep my attention on this film. Things started pretty strong and I thought D `Onofrio was very convincing as the maniacal Ubermensch.

But as the film progresses it becomes only a weak affair with a predictable end and a terrible fake-looking fire.
What really pisses me off is the camera technology used nowadays. The cameraman needs to adjust the image every second apparently. Like : " ... oops ... oh hey he went a bit to the left so ok just adjusting to the left ... oh ooops a little bit down now ... yehes like that yes .... oh no no no a bit up again ... oops now he's right again damn .... ok itsy bitsy to the right ... yes …

No posts have been made on this movie yet. Be the first to start talking about Fire with Fire!