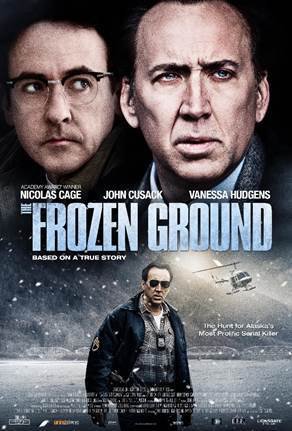 Plot: Based on actual event: a victim who survived her encounter with serial killer Robert Hansen teams up with an Alaskan State Trooper in hopes of stopping him once and for all. -- Chris Kavan

A great crime thriller with equally great tense moments. And two of my favorite actors! It plays out a lot like a Law and Order: SVU episode. So if you're into that, you'll like this movie. And it's based on a true story. Nic Cage doesn't overact this one, which is both surprising and pleasant. It's easy for movies like this to reveal everything too soon and stumble over itself with exposition. But this one let's things flow and unfolds itself nicely, which leads up to a nice and satisfying ending.

Wow this movie is a true story just because in other movies they said it's a true story but it's not. This movie has good acting, good story and Nicolas cage is not over the top this time.

A film based on a true story (Gives you extra chills if you keep this in mind) with the cooperation of a number of famous names as cast.

Nicolas Cage as the dutiful State Trooper Jack Halcombe (a fictional character based on detective Glenn Flothe in reality), who's been assigned his last mission before he retires. Yet another detective who gets his last "case" and in no time realizes that this is going to be a hard nut to crack. Same as Robert Duvall in "Falling Down" or Morgan Freeman in "Se7en ". Cage guarantees always the same way of lethargic acting. Whether he is an alcoholic in "Leaving Las Vegas" or a chemical weapons specialist in "The Rock", his acting routine is basically the same. Personally I think he deviates in this routine in "Matchstick Men" in which he performs in an …

It Can Be a Cold, Cruel World

Considering how bad a rap Nicolas Cage has got recently in terms of his choice of movies, my expectations weren't particularly high for this serial killer thriller. And although no one is likely to win any acting awards for this one, I have to say that on the whole Frozen Ground keeps the tension ramped up and in the end is a decent film, especially for those who like true crime dramas.

Based on the real-life murders of Robert Hansen (played by John Cusack) - set in Alaska - a man who prowled the seedier side and murdered many young women - many of them prostitutes. Although questioned early on - he was released due to lack of evidence but Office Jack Halcombe (Cage) catches a break when a Cindy (Vanessa Hudgens - trying hard to shake her Disney image once and for all) escapes and …

No posts have been made on this movie yet. Be the first to start talking about The Frozen Ground!