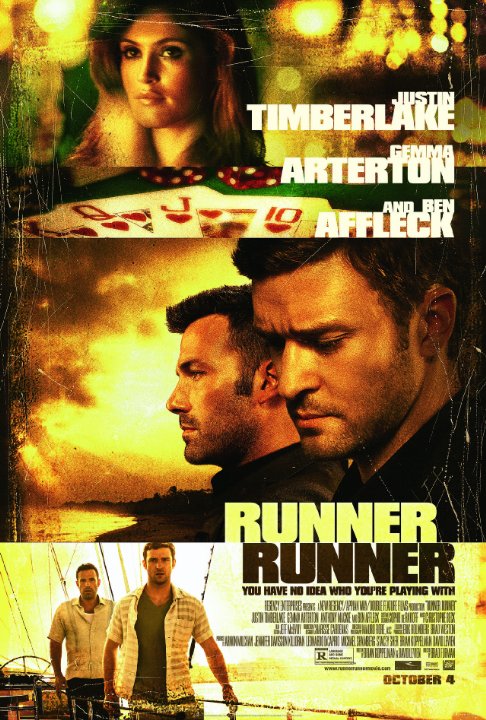 Plot: When a Princeton student loses nearly everything to online poker, he will stop at nothing to confront the corrupt owner behind the setup. Finding himself on a remote island - he does indeed find the owner - who, impressed by him, makes him his right-hand man. Yet the relationship is anything but smooth - and when the FBI becomes involved, it reaches the boiling point. -- Chris Kavan

No need to start Running although it's mediocre

Besides the fact that "Runner Runner" is a poker term , and you'll see Timberlake play online poker for a night, there won't be anything anymore related to a poker game in this movie. So don't expect a movie like "Rounders". "Runner Runner" is about managing an online gambling site on the Internet , the immense amount of money that is earned by the website owners and the fact that there is fraud on a global scale. "Everybody gambles !" is the first thing Richie Furst ( Justin Timberlake ) says in this film . Whether it's on a gambling site or on the stock market , real money or fake money somewhere on an online gaming site . Gambling became a normal thing in our daily lives.

This movie is not a quality piece of work.It is fairly predictable and full of imperfections in the script .The …

No posts have been made on this movie yet. Be the first to start talking about Runner Runner!