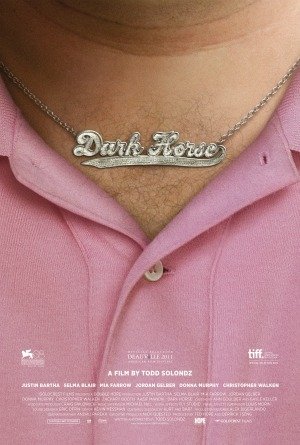 Plot: Two lost 30-something souls: an avid toy collector and a black sheep of her family with serious depression issues, begin an unstable relationship. -- Chris Kavan

Though, this is still a tale about characrters in dispair, writer/director Solondz has managed to add a feeling of optimism to this story. Even the depressing ending felt strangely light and borderline upbeat. There is also an attempt at sympathy for the main character Abe, who is obnoxious and considered unlikable by most. Yet, it's his inner struggle to change his life situation that one could relate to. I did like most of this movie, but the strange tone mixed with cynical humor and some random 'dream' sequences made things a little inconsistant.

No posts have been made on this movie yet. Be the first to start talking about Dark Horse!