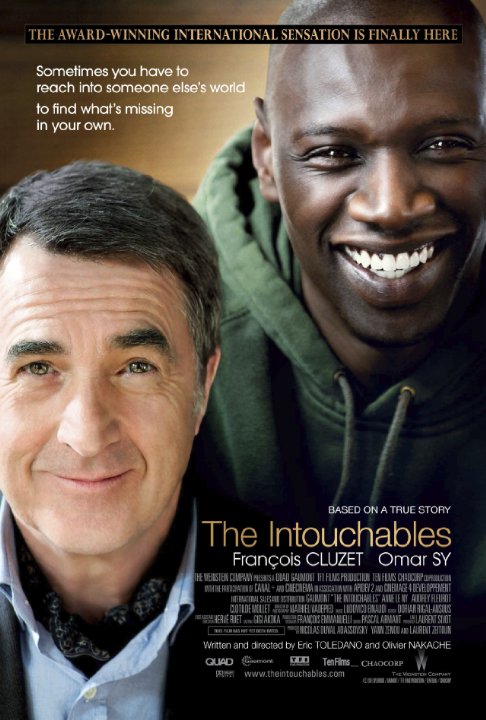 Plot: True story of a friendship of the most unlikely sort: a quadriplegic aristocrat and a young man from the projects. -- Chris Kavan

Excellent performances by FranÃ§ois Cluzet and Omar Sy. Hopefully the filmmakers will present us with many fine comedies in the future.

This is a unique and charming tale of an interesting friendship between two men from opposite walks of life. The film's scenes that show the pair bonding over diverse musical tastes and art are the best and the film's quiet conclusion is fitting and satisfying. Uplifting and hopeful.

Movies I Want To See by shane099

No posts have been made on this movie yet. Be the first to start talking about The Intouchables!