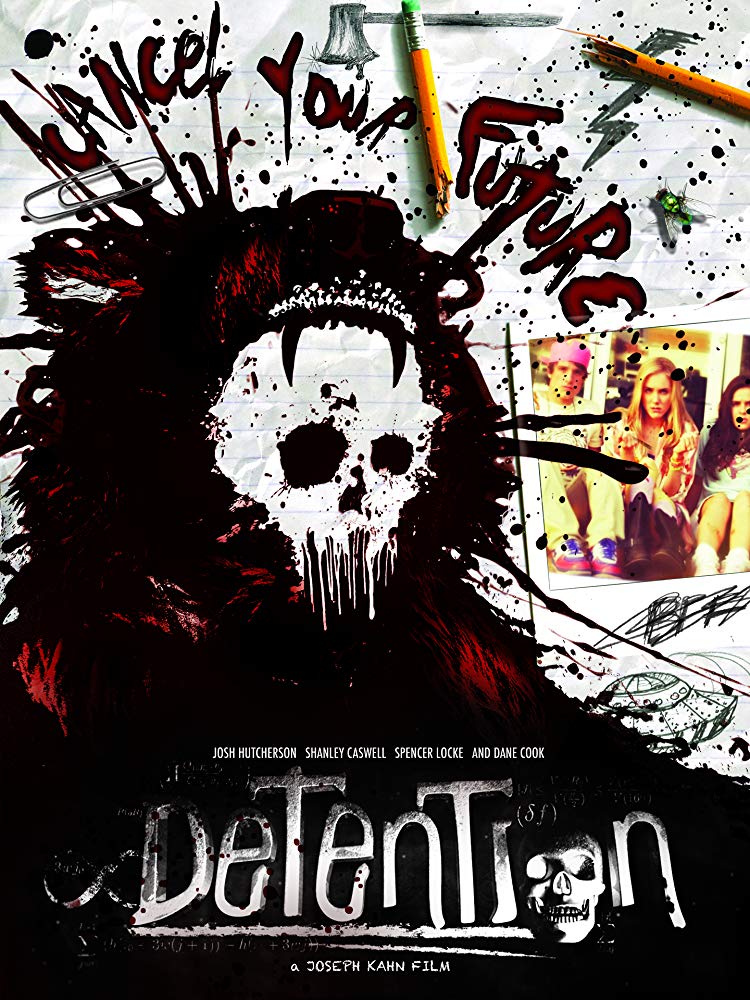 Plot: It's not such a great senior year for a group of friends when they become the target of deranged serial killer straight out of a slasher film. -- Chris Kavan

This is a hyper-fast teen centric comedy, with horror and sci-fi elements blended together. The whole movie is an off-the-wall collection of teenage ideology and pop culture references that span the past 30 years. The uber stylistic direction and rapid fire presentation are reminiscent of 'Scott Pilgrim' and the referential script takes an ode to 'Scream'. Though, this film is neither as funny, or smart as those films. It's just too bloated and all over the place to really nail any one target it aims at. The completely wild plot and weird situations are entertaining. 'Detention' is a crazy mixed bag oddity that will polarize film fans and have a limited appeal. I'm just left scratching my head, yet amused.

To See by Jenn

No posts have been made on this movie yet. Be the first to start talking about Detention!