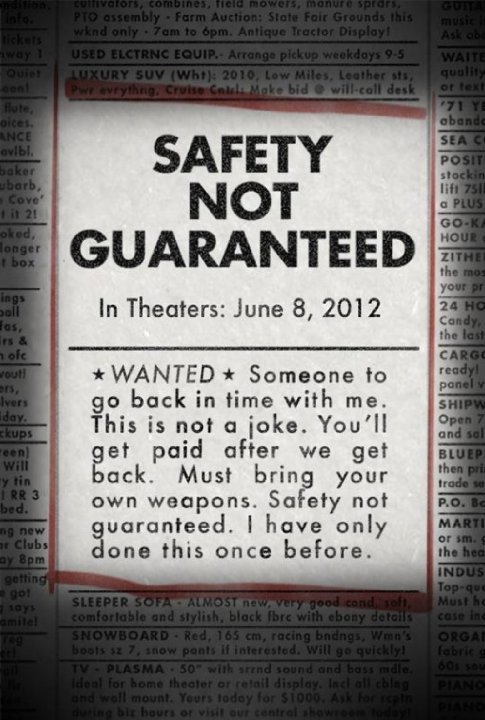 Plot: A man places a classified ad seeking a companion for time travel. A local magazine sends a reporter and two interns to track him down and find out the truth (and the man) behind the ad. -- Chris Kavan

A magazine decides to do a story on a man advertising for someone to time travel with him. But really, the story is about the relationship between characters - all whom seem very much detached and looking for something deeper. I was surprised by how well the concept works and even if the ending strays too far into Spielbergian wonder - the characters themselves drive the film and they do it well.

The characters and their relationships are what drive this story. You get a real sense of loneliness and longing from them and there are some touching moments. The comedy feels fresh and funny, though I wouldn't call it hilarious. The sci-fi element is a micro part of the film and is left to end the movie with some interesting ambiguity. I did enjoy this movie, but only to a point. I think my expectations were too high, from reading all the glowing reviews. Still very much worth a look.

Movies First Seen in 2015 by royaluglydudes

nothing worth mention. the ideea popped, and they start filming... poor us, nothing... but...absolutely...nothin '...