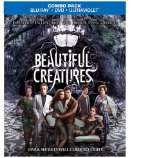 Plot: Based on the novel by Kami Garcia and Margaret Stohl: Ethan Wate has been having a series of bizarre dreams involving a mysterious girl. When Lena Duchannes moves to town, he realizes she is the one he has been having visions about. Soon he discovers a supernatural connection between his family and the reclusive Ravenwoods and the fate of Lena will be tied to him. -- Chris Kavan

Okay this movie is not beautiful but it's not really bad.This movie has good acting and the movie could been a lot better but it failed.

I saw the previews for the movie so read the book. That may have been my first mistake. The book gave the reader a solid story. Though all that is on the page rarely makes it to the screen, this film missed the target. It felt like they picked scenes that they thought would make the biggest splash and pieced them together in a mash that left out vital information. Some characters were left out, others changed and others still, seemed to have no reason for existing. It was truly a disappointment. 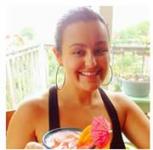 All That Glitters Is Not Gold

The mad dash to find a replacement for the Twilight franchise has lead to the translation of "Beautiful Creatures" from page to screen. The themes, substance, and depth of the book were lost in that translation, much to the disappointment of most fans of this book series. I agree with Paula in that the writers and director chose scenes from the book that would be the most beautiful and visually interesting to focus on, while leaving any moments of substance on the cutting room floor. Fan of the book series or not, this film is the victim of sloppy story telling that depends entirely on the cast, costume, and special effects. Iâm guessing that the cutting and combining of characters was meant to simplify the storyline and cut costs, but the result is a sequence of confusing scenes …

movies i seen by Rachell

Just saw it, better acting and better dialogue than &quot;Twilight&quot;...but that's a low bar of achievement.

I find this film interesting because of the role reversal of Emma Thompson and Jeremy Irons. Sure, Thompson's voice is shrill, but she's playing the part. She's not supposed to sound like an angel. It's not normal for Irons to play a character from the good side. I'll see it just for those two.

Not sure if I'll even rent this one, despite some early favorable critic reviews. &amp;nbsp;I just couldn't help but laugh at the acting in the trailer. &amp;nbsp;Seemed too over-the-top, as opposed to the serious tone that it was trying to portray the film with.

They've been getting better at making YA literature more appealing (I actually thought The Hunger Games was pretty good) - I have to say that between this film and The Host, I have higher hopes for The Host (if only because Saoirse Ronan has impressed me in the past).That being said, Beautiful Creatures (and also the upcoming Mortal Instruments film) is more the kind of movie I might catch as a rental rather than watch in the theaters but at least they've got to the point where I would want to &hellip;

The books weren't bad.&amp;nbsp; They get compared to Twilight a lot, but I think the main difference (besides the role reversal of the main characters) is that town of Gatlin is really a character all in itself.&amp;nbsp; You may not like the place or the people, but they have a personality and a presence.&amp;nbsp; It's not just background noise.&amp;nbsp; The location is important to the story and character development.&amp;nbsp; It just feels that the movie makers have never lived in the South and have no &hellip;