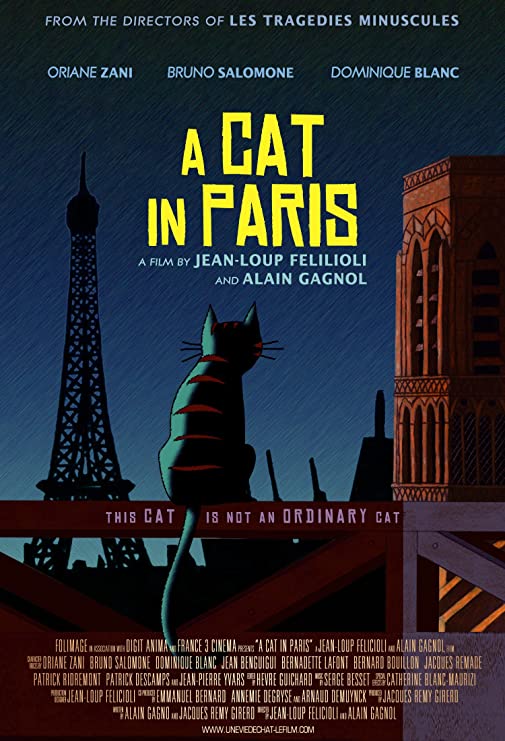 Plot: Dino the cat leads a double life as both the pet of Zoe, a police woman's daughter, and a cat burglar working with by night. When Zoe decides to follow Dino after he drops off a valuable stolen bracelet, she uncovers a ring of gangsters, including her nanny. -- Chris Kavan

A short and sweet animated delight.

A nicely-animated French film concerning a cat, a cat burglar, a silent girl, her police-woman mother and a bumbling gang of thieves led by a true criminal. All in just over an hour - quality animation in a bite-sized package and the dub is pretty darn good as well.

Movies about Cats by PsychoFaerie

No posts have been made on this movie yet. Be the first to start talking about Cat in Paris, A ( vie de chat, Un )!