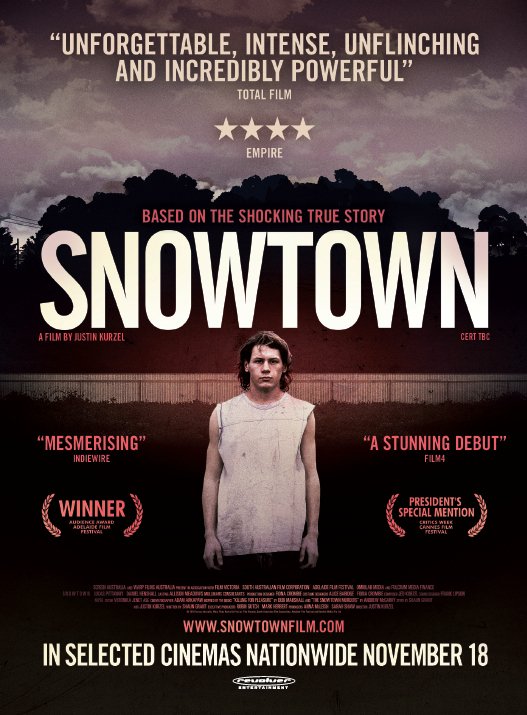 Plot: A young man trapped in a dead-end life, along with his family, finds solace in his mother's charismatic new boyfriend. Yet the bond his his sowing is laced with bigotry and malice and soon this relationship leads to murder. -- Chris Kavan

A real life horror story that becomes increasingly difficult to watch with every scene, but somehow steers clear of exploitation while still having the courage to take unnerving risks.

This is most definitely a movie I will watch 1 time & 1 time only! There were some scenes I just could not stand to watch & I had to turn away.The thing that really makes these types of movies even worse is that they're based on a true story.A true life horror movie that I can't stand to watch more then once.Viewer discretion is advised.Watch at your own risk

Evil comes in many forms, but it's often the form we least expect that is the most terrifying. Based on real events, Snowtown Murders is about the guy down the street, the neighbor next door, your mother's new boyfriend - who just decides to up and murder people. It's a chilling experience - and uncomfortable - but powerful as well.

2012 Ranked and Rated by Jacob Zembower

No posts have been made on this movie yet. Be the first to start talking about The Snowtown Murders!