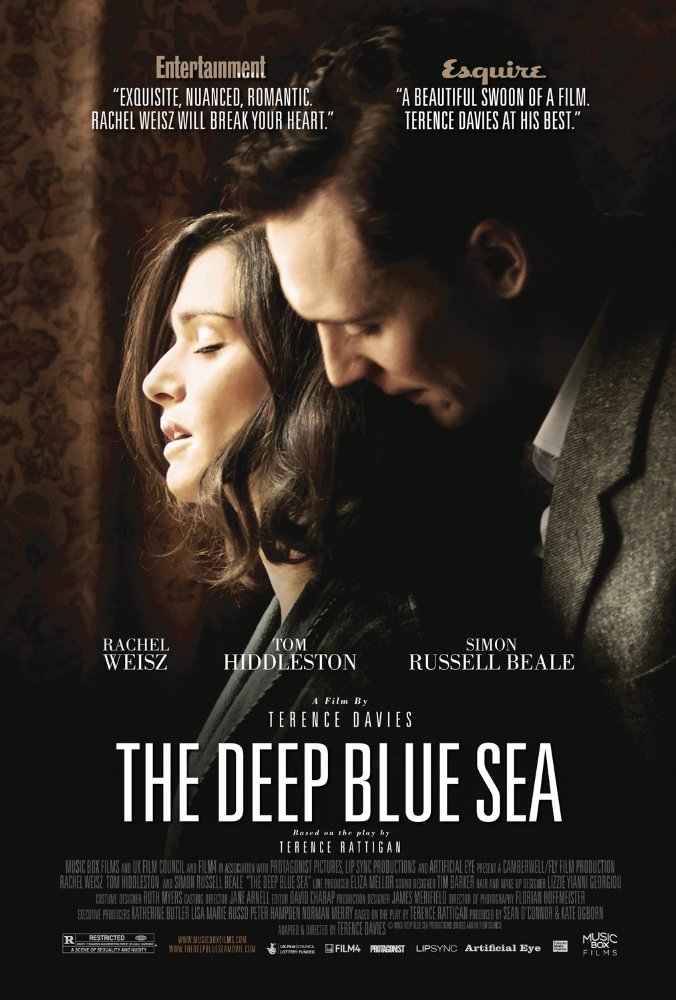 Plot: A woman married to a British judge begins an affair with a Royal Air Force pilot and it takes a toll on her life. -- Chris Kavan

Despite moving at a glacial pace, The Deep Blue Sea builds to a subtle but effective ending that really caps the film off with a bang. I really liked this film even if it is hard to understand at times. It's a quietly moving picture that really is worth seeing and Hiddleston and Weisz are both terrific.

A love affair between a married woman,Hester Collyer, and a Royal Air Force pilot, Freddie Page, would not be as easy as just being in love.

This film may look plain and very silent, but the story and performances were loud enough not to notice the movie's goodness. I must say that this film by Terence Davies was a decent-styled romance-drama which could have been one of the greatest film of the year. It might not have that great impact to audience, as I myself really had a hard time digesting everything, but a good story was there that it is impossible not to appreciate the material. Moreover, Tom Hiddleston and Rachel Weisz indeed performed really well in this film. Both of them are sexy and entertaining at the same time. I really felt the emotion because of their …

Movies I've Seen in 2012: Best to Worst by theCriticalMarisa

No posts have been made on this movie yet. Be the first to start talking about The Deep Blue Sea!